A history of the homosexual movement in India is incomplete without the mention of the 2008 film Dostana. Starring Abhishek Bachchan, John Abraham and Priyanka Chopra, this comic caper, directed by Tarun Mansukhani, went a long way in normalizing the conversation around the gay community. The film was a moderate success at the box office and is highly remembered today for its comic element and songs. The sequel was in the offing since the very start. But it took more than a decade for producer Karan Johar to give his nod. Finally, last year, it was announced that Dostana 2 is being made with Kartik Aaryan and Jahnvi Kapoor in the lead. It also marked the debut of actor Lakshya and director Collin D'Cunha. The film was expected to release in 2020-end and was one of the most awaited films of the year. 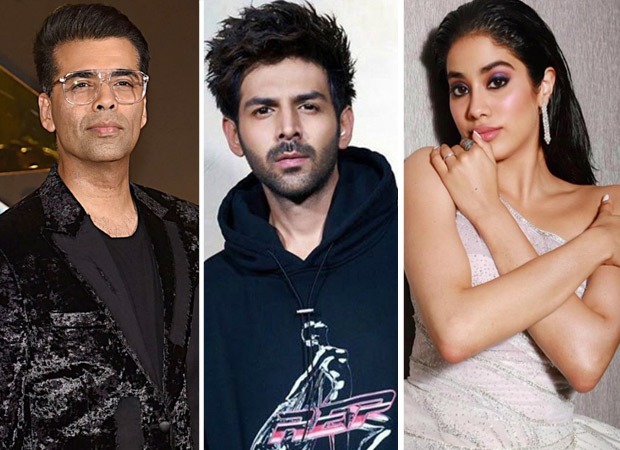 Sadly, the Coronavirus-induced lockdown has played spoilsport. Karan Johar in a video chat with a trade analyst recently revealed that Dostana 2 was half complete before the shoots got indefinitely postponed. He also revealed that the makers were to shoot in London extensively but now the writing team has rewritten an important element of the film. While KJo didn’t mention where these scenes will now be shoot, it is speculated that Karan would now base these portions somewhere in India.

A trade source tells us, “London had become one of the most popular destinations for film shoots for Bollywood filmmakers as the government offers a huge rebate. In fact, in the first 2 ½ months of 2020, as many as 5 films were shot there were released – Bhangra Paa Le, Street Dancer, Jawaani Jaaneman, Happy Hardy And Heer and Angrezi Medium. But now UK is one of the countries with the maximum COVID-19 cases. Producers will be wary of going there and also actors would prefer to stay away from Europe and America till the situation gets better. As a result, one can expect most of the shoots to happen in India itself.”

Incidentally, this is not the first time that Dostana 2 faced a roadblock over external factors. In November 2019, they had to postpone the Delhi schedule because of the increased air pollution. The shoot at the national capital reportedly took place after the pollution levels improved. Besides Delhi, the makers also shot for the film in Chandigarh and Punjab.

Also Read: Watch: Karan Johar’s kids Yash and Roohi want to give him a wash