Actor Kangana Ranaut is making headlines with her new revelations. In the past few months since the untimely death of Sushant Singh Rajput, the actress has claimed that he was allegedly in relationship with his Kedarnath co-star Sara Ali Khan. 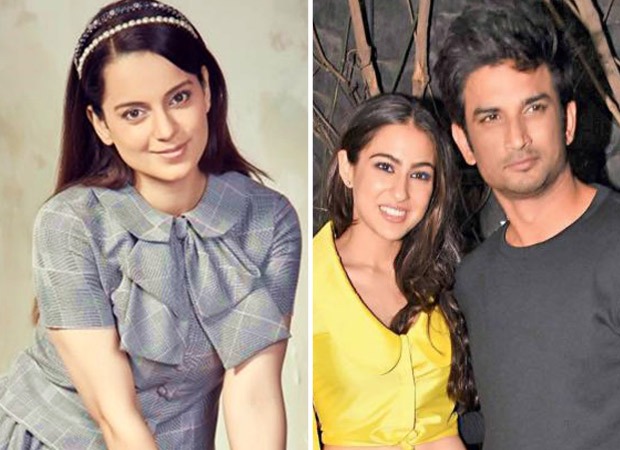 Now, in her fresh interview with Times Now, the actress has claimed that movie mafia, a term she has been using for those who target outsiders, ensured the breakup of Sushant Singh Rajput and Sara Ali Khan. "The movie mafia that banned and troubled Sushant Singh Rajput, I have spoken openly against them. When he was dating Sara then they made sure they break up and even Kareena Kapoor went on record saying 'don't date your first hero'. Openly they character-assassinate you and ridicule you. When he (Sushant) was totally cornered another group of emotional vultures came and they did what they did. This same gang is targeting me too," Kangana said.

While Sara Ali Khan has not yet spoken up on these relationship rumours, her name was reportedly cropped up in drug scandal. But, Narcotics Control Bureau (NCB) asserted that no names that had leaked in the media were mentioned by Rhea Chakraborty.