It's been a while since John Abraham has been contemplating on making a film based on sports and it seems that the actor has finally found an interesting biopic. The actor-producer has decided to portray the life of legendary boxer Hawa Singh on the silverscreen. 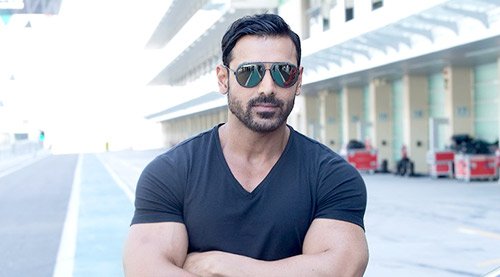 After the action packed Rocky Handsome, John has also expressed his interest in playing the lead role of the six foot one boxer Hawa Singh. Tracing his life journey, the film will incorporate several of his achievements starting from him joining army at the age of 19 to winning 11 consecutive at Western Command Boxing Championship. He continued his passion for the sport as a coach and has trained some renowned names like Akhil Kumar and Vijendra Singh. However, he passed away in August 2000. Sam Fernandez (former COO of Vidhu Vinod Chopra) has bought the rights of his biopic and will be producing the film along with John and a studio. Revealing about the same, John not only stated that he has met Hawa Singh's family but is also quite excited about the same. However, the actor maintained that he is yet to sign on the dotted line.

On the other hand, the film on Hawa Singh will be shot in varied locations like Delhi, Haryana and also his hometown Umarvas, Vaishnodevi, Thailand among others. We also hear that the film will be shot with a few real life boxers.