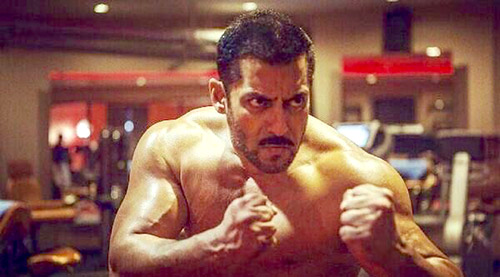 Cricket and Films are two things that bring the populace of India and Pakistan together. Come this Eid, we will see the release of the Salman Khan - Anushka Sharma starrer Sultan not just in India but also in Pakistan.

However, while the Indian release of the film will be a solo one, we hear that across the border Sultan will face competition from a local film titled, Sawaal 700 Crore Dollar Ka. In fact the said film features an ensemble cast comprising of big names across the border like, Ghulam Mohinuddin, Shamoon Abbasi, Javed Sheikh, Ismail Tara, Nayyar Ejaz, Ifttikar Thakur and more.

However what caught our attention was not the fact that both films feature big names, but instead the fact that Pakistan features a screen count of little less than 100 screens. Now keeping this rather low screen count in mind we also hear that despite being a foreign film Sultan will enjoy an upper hand with a 60% share of screen space while Sawaal 700 Crore Dollar Ka will occupy the remaining 40%.

All in all, this Eid is sure to be one filled with fireworks at the box office.