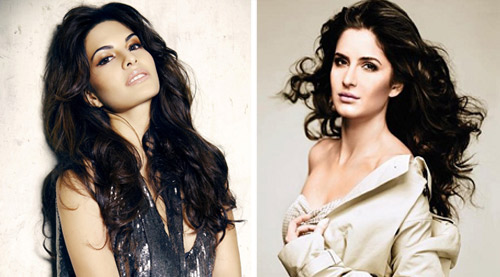 If Ranveer Singh's career benefited from all the mistakes that Ranbir Kapoor made then it seems Jacqueline Fernandez is a product of Katrina Kaif's mistakes. While Katrina was busy trying to build a life with Ranbir Kapoor, the other expatriate enchantress inched her way into the space created by Katrina.

A prominent producer who knows both the actresses well analyses, "Both the girls are very hard working, very professional, completely focused and ruthlessly ambitious. They also have a similar personality profile, you know firangi, non-Hindi speaking. So the roles that would have by right gone to Katrina, especially with Salman, went to Jacqueline."

Sajid Nadiadwala's Kick which was a turning point in Jacqueline's career was first offered to Katrina.

"But by then she was involved with Ranbir Kapoor. Salman and Katrina had mutually decided not to work together. Then Katrina also decided she won't work with Ranbir in Roy. That too went to Jacqueline, a flop but the actress was noticed," says the source.

And now with so much water having flown under the bridge Katrina is trying to rebuild her career. One of the architects of her renewed career is understandably Salman who has offered Katrina the lead opposite himself in his home production to be directed by Tarun Mansukhani (of Dostana fame).

Now one hears of Ms Fernandez angling for the same role.

Says the source, "Not that Salman is likely to change his mind. You know what he said about ek baar jo commitment kar liya. But that doesn't stop ambitious people from doing their thing."