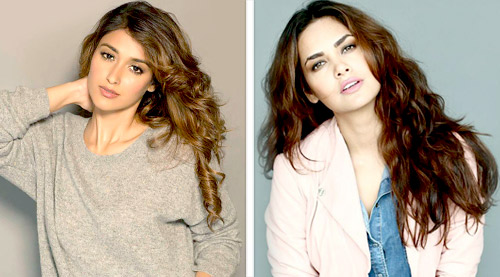 The duo of Ileana D'Cruz and Esha Gupta will be adding their share of twists in the much awaited period thriller Rustom and now the two actresses are all set to come together once again for yet another period film, Milan Luthria's Baadshaho. Earlier we had reported that Emraan Hashmi has replaced Diljit Dosanjh in the film.

Revealing details of the characters, Milan Luthria described Ajay's role as man of the soil, impulsive and stubborn, Emraan as rustic and twisted, Ileana as charming and Esha as a no-nonsense girl. As far as the shooting is concerned, a 15 day schedule in Mumbai and a month schedule in Rajasthan have been finalized. Milan also mentioned about the extensive research they had to undergo for the film which is set during the 70s emergency period. From joining hands with a foreign action director to music with a tinge of Rajasthani folk music, Milan Luthria has chalked a detailed plan for his much ambitious film. The film, was however, announced over a year ago but had to go through delay and the script too underwent several changes.

With music composed by Ankit Tiwari, Baadshaho that also stars Vidyut Jamval is slated to go on floor in Mumbai in August this year and will continue with its Rajasthan schedule from November to December. It is co-produced by Milan Luthria along with Bhushan Kumar.