Salman Khan is back in the Bay shooting for Dabangg 3 after finishing the first schedule in Madhya Pradesh! According to the reports, Salman Khan is currently working in Film City with Sonakshi Sinha where three sets of house, a lake and a temple are constructed. After this schedule, the unit will move on to a grand set in Dahisar where a top notch action and confrontation scene will happen between Salman and South actor Sudeep. 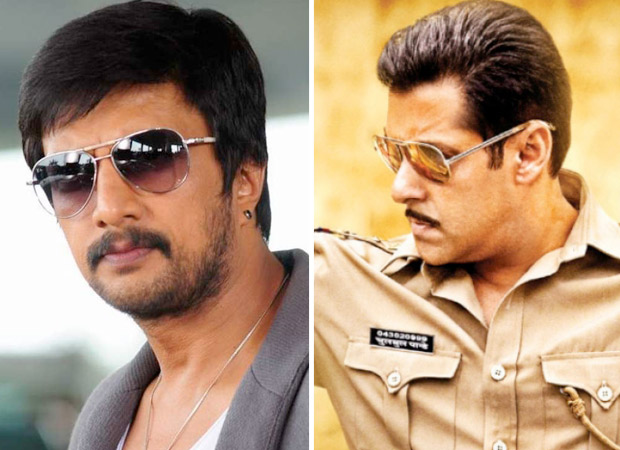 Sudeep is set to join the unit in early May. His portions will be shot with Salman in Dahisar and it is going to be a helluva experience for the masses because it is nothing short of larger than life and grand!

Post this, Salman is set to take a break during Eid because he will be promoting Bharat then. Director Prabhudheva will utilize this time to shoot Sudeep’s solo portions. The makers assert that Sudeep’s role is that of a parallel lead along with Salman Khan!

On work front, Salman will dive into Inshallah straight after wrapping up Dabangg 3. He also has Korean remake of Veteran in the pipeline along with his production commitments.