That would be one helluva of news! Salman Khan, who is gearing up to release Bharat this year, will just have another release on the cards this year. The actor, who generally has one release a year, may seem to have an exception this time and the reason is Dabangg 3 featuring Sonakshi Sinha and directed by Prabhu Deva. Yes, we have been surrounded by speculations regarding this film for the past few months. And now, we hear that the film will go on floor in April itself. 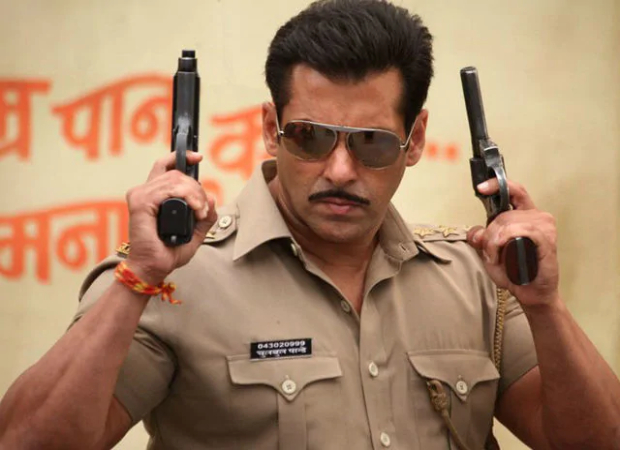 If recent reports are to be believed Dabangg 3 is expected to go on floors on April 1 this year. At a press conference earlier on Thursday in Dubai for Dabangg Tour Reloaded, the same was confirmed by Salman himself. "We will start #Dabangg3 on 1st of April and release the film in December this year." Interestingly, Dabangg 3 may clash with Ranbir Kapoor, Alia Bhatt starrer superhero drama Brahmastra.

"We will start #Dabangg3 on 1st of April and release the film in the December this year":@BeingSalmanKhan#DabanggReloadedDubaiHungama@theJAEvents @SohailKhan #SohailKhanEntertainment#JAEvents pic.twitter.com/DCSxsh8v6m

On the other hand, the Dabangg team is currently on a Da-Bangg Tour Reloaded which also has other celebrities as a part of it. Dabangg 3 will be the second release of Salman Khan this year after Bharat which is expected to release during Eid this year. It sees him reunite with Ali Abbas Zafar for the third time after Sultan and Tiger Zinda Hai.

Also, Dabangg 3 has garnered enough curiosity in the past. While Prabhu Deva has been associated with the franchise for the first time, he has in the past directed Wanted featuring Salman Khan. Produced by Arbaaz Khan, the film is supposed to have a different track of Chulbul Pandey compared to his other two films.

ALSO READ: Salman Khan ropes in Nushrat Bharucha for his next (details inside)