Last Updated 24.10.2021 | 6:00 PM IST
feedback language
follow us on
Bollywood Hungama » News » Bollywood News » BREAKING: No Time To Die to be the FIRST James Bond film to release in 3D; expected to be the BIGGEST Hollywood release post-pandemic in India

The success of Shang-Chi And The Legend Of The Ten Rings in India led to a wave of cheer among the industry, particularly the exhibitors. It proved that audiences are surely ready to come to cinemas in big numbers for a big-scale, exciting film. And now everyone is waiting with bated breath for the release of the 25th James Bond film, No Time To Die. The film, starring Daniel Craig, Rami Malek, Ana de Armas and Léa Seydoux, has generated tremendous hype among the audiences in India as well and is expected to have a big opening, when it releases on September 30. 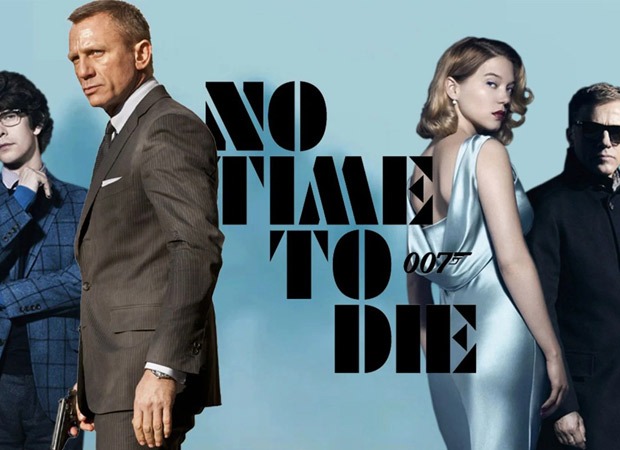 And now, Bollywood Hungama has learnt of a very significant development. A source told us, “No Time To Die will be released in 3D. It’ll be the first Bond film to have a release in 3D and this time, it's happening in India as well.”

What makes this significant is that Warner Bros, which is releasing No Time To Die, has had a disagreement with the multiplex chains over 3D release. Warner had demanded a share from the 3D premium which is charged by the multiplexes from the viewers. But the theatres had refused to do so. The problem began in 2018 and since then, films like Fantastic Beasts: The Crimes of Grindelwald (2018), Aquaman (2018), Shazam (2019), Pokemon Detective Pikachu (2019), Godzilla: King Of The Monsters (2019), The Lego Movie 2: The Second Part (2019), Wonder Woman 1984 (2020), etc which were available in 3D globally released only in 2D in India.

However, we have learnt that this row has got over after the multiplexes agreed to share a certain amount of the premium with Warner. The source also said, “Disney, which released Shang-Chi And The Legend Of The Ten Rings and Free Guy in only 2D for the same reason, also agreed with the percentage ratio of the sharing of the premium. Hence, it has released Jungle Cruise from today in not just 2D but also 3D.”

The source also revealed, “The studio is looking at giving it the widest release for a Hollywood film post-pandemic, even bigger than Fast & Furious 9. It’ll surely have a release in 1600-1700 screens but this number can go higher. A clearer picture will emerge by Tuesday or Wednesday.”

A trade expert said, “There’s tremendous optimism with regards to No Time To Die. James Bond is a favourite of not just the older generation but even the youngsters. The film will also be released in dubbed languages and even the target audience of these versions are excited to see the film on the big screen. And 3D has its own charm and helps in attracting people. As a result, No Time To Die will surely have a very huge opening. Its screen count would also be huge. And if Maharashtra opens up by October 1, as it’s being said, phir toh sone pe suhaga ho jaayega!”

The trade expert also reminded, “Unlike Fast & Furious 9 and Jungle Cruise, No Time To Die is having a day and date release. And it’ll not release simultaneously on digital platforms overseas. Hence, there’ll be no HD pirated print available. Shang-Chi And The Legend Of The Ten Rings also opened well due to this factor and No Time To Die might have the biggest opening for a Hollywood film post pandemic.”