Brahmastra was in the making for eight years, and is all set to finally hit the theatres this year. The mythological drama starring Ranbir Kapoor and Alia Bhatt has been in the news for many reasons. When the trailer was released online, the film also gave rise to many fan theories. From fans pointing the cameo of Deepika Padukone to speculations of Shah Rukh Khan playing Shiva in the film, many of these theories went viral on social media. Recently, yet another video clip associated with the film that is doing the rounds is that of Shah Rukh Khan transforming into Vanar Astra. 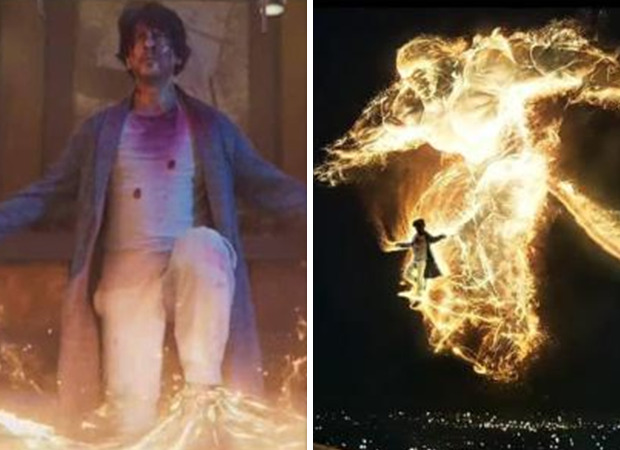 While rumours have always been rife that Shah Rukh Khan will be playing Vanar Astra, a video surfaced online showcasing the transformation. The trailer of Brahmastra had already given a glimpse of Vanar Astra but it did not show the face of Shah Rukh Khan. However, this video starts by showing Shah Rukh Khan, whose face looks injured and it shows his sudden transformation from a normal human to the Vanar Astra aka someone who poses the powers of Hanuman.

The video found its way to Twitter, a day ago, and since then, fans can’t stop gushing about it. However the credibility of the same is yet to be unknown as people are still unaware if it is truly a part of the film or the creativity of a talented fan.

As filmmaker Ayan Mukerji had earlier explained, Brahmastra showcases different Astras around us with Ranbir Kapoor playing the Agni Astra. The film features him in the role of Shiva whereas Alia Bhatt plays his love interest Isha. It also stars Amitabh Bachchan, Nagarjuna, and Mouni Roy with Shah Rukh Khan and Deepika Padukone in a powerful special appearance. Based on Indian mythology, the film is a part of a trilogy with Brahmastra, Shiva – 1 being the first part of the franchise.

Directed by Ayan Mukerji and produced by Karan Johar under his banner Dharma Productions, the film is slated to hit the big screens on September 9.