Last Updated 03.10.2022 | 7:41 PM IST
feedback language
follow us on
Bollywood Hungama » News » Bollywood News » Brahmastra Trailer: Ranbir Kapoor gets credited as one of the co-producers in the Alia Bhatt co-starrer

Ranbir Kapoor rocked the show in 2018 with Sanju. Directed by Rajkumar Hirani, the biopic of actor Sanjay Dutt emerged as one of the biggest blockbusters of Bollywood as it earned a huge Rs. 334 Crores. Four years later, he’s back with Brahmastra and its trailer was released today. The VFX-heavy film has been in the making for a long time and has generated tremendous buzz. Hence, the trailer was highly awaited as everyone was curious to see what the film is all about. 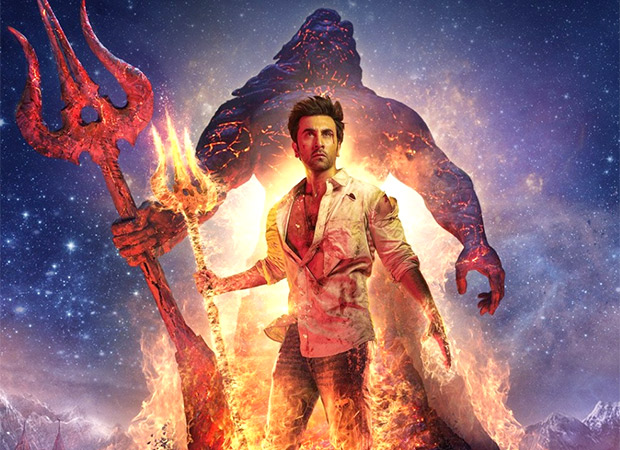 Brahmastra Trailer: Ranbir Kapoor gets credited as one of the co-producers in the Alia Bhatt co-starrer

The theatrical trailer has been talked about for its mind-boggling VFX, ensemble star cast and Ranbir Kapoor and Alia Bhatt’s love story. Another aspect that has caught everyone’s eye is the long list of producers. Towards the end of the trailer, in the cast and crew slate, one can see that as many as six producers have been mentioned. One of the producers is none other than Ranbir Kapoor!

While not much is known about how and why this happened, an industry expert told Bollywood Hungama, “Ranbir Kapoor may have become a producer to control the costs of the film, knowing that the film has a very huge budget. So, probably, he has entered a profit-sharing deal. But more than that, Ranbir putting his name as the producer of Brahmastra shows his immense faith in the project. He must be feeling confident about this film and the whole franchise, on the whole, which is why he decided to take this step.”

Interestingly, this is not the first time that Ranbir Kapoor has gotten the producer’s credit. The 2017 film Jagga Jasoos was produced by him along with director Anurag Basu. They had jointly started a production house, named Picture Shuru Entertainment.

Besides Ranbir Kapoor, Karan Johar and Apoorva Mehta of Dharma Productions are the chief producers of the film. Marijke Desouza, who has worked as an executive in several Dharma films and who’s also produced Divya Dutta-Swara Bhasker’s acclaimed short film Sheer Qorma has also got credited as the producer. Director Ayan Mukerji is also one of the producers. In fact, Bollywood Hungama was the first one to break the news in May 2021 that Ayan will get the credit of a producer. Finally, Namit Malhotra of the reputed VFX studio Prime Focus is also one of the producers of this film.

Besides Ranbir Kapoor and Alia Bhatt, Brahmastra also stars Amitabh Bachchan, Mouni Roy and Nagarjuna. Superstar Shah Rukh Khan will be seen in a special appearance. The film will be released in cinemas on September 9 this year.