Sridevi’s death came as a shock to the entire industry but the most affected was husband Boney Kapoor. Despite all the support from the family, he was inconsolable at the prayer meet held in city for the first female superstar of the industry. It was then announced that he would be making a biography on his lady love and one of the great film stars that the industry has seen. Now we hear that he has already registered three titles and they are: Sri, Sridevi and Sri Ma’am. Well, he made no bones after her passing away that he was shattered to the core because Sri was one his biggest inspirations to live and his true love in addition to being a mother to his daughters Janhvi and Khushi. Now, we will finally see her life and times through eyes of her husband whom she loved dearly. 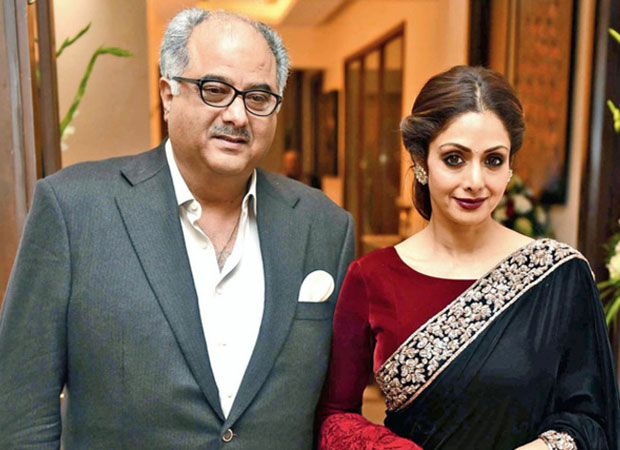 Sri passed away in Dubai in her hotel room bathtub. Her death was due to accidental drowning according to reports. This unfortunate event occurred on February 28 and it was only after three days that her body could be brought back to Mumbai after completing all the formalities. Boney Kapoor released an official statement later.

It said, “Losing a friend, wife and mother of your two young daughters is a loss inexplicable in words. I would like to express my sincere gratitude to my family, friends, colleagues and well-wishers and all of you countless fans of my Sridevi who have stood by us like rocks. I am blessed to have the support and love of Arjun and Anshula, who have been such pillars of strength for myself, Khushi and Janhvi. Together, as a family we have tried to face this unbearable loss. To the world she was their Chandni..the actor par excellence…their Sridevi..but to me she was my love, my friend, mother to our girls..my partner. To our daughters, she was their everything….their life. She was the axis around which our family ran.”