Bigg Boss 12 has been gaining momentum, sure, but has still failed to make a mark as one of the most watched shows on the television, as far as the TRPs are concerned. Therefore, we cant blame the makers for pulling off every gimmick they can to get eye balls. This weekend, there were no eliminations owing to the Diwali season but the nomination process has already started in the house for next week. Bigg Boss has given an interesting task to the contestants this time around through which they will nominate a contestant. A sneak peek into the task will give you total Sholay feels. Yeah, the inmates have been seated on a bike Jai-Veeru style and they have to persuade each other to be saved from nominations. Everyone is adamant on winning and therefore not one or two but 7 contestants are nominated this week. Here are the names: 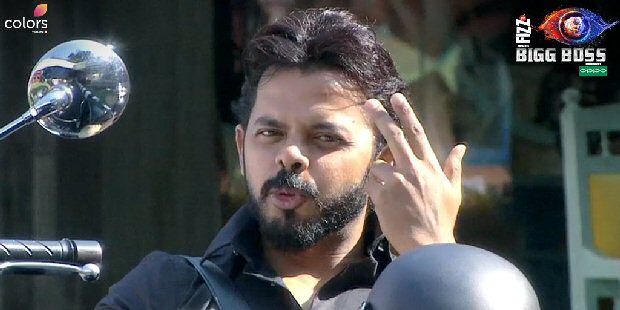 Jasleen Matharu, Shivashish, Sreesanth, Karanvir Bohra, Deepak Kumar, Rohit Suchanti and Srishty Rode are nominated contestants this week. Last week, though no one was eliminated Somi Khan was the one who got the least votes from the masses. This time around she is NOT nominated which gives her another week to survive in the house. Check out the nomination video below. 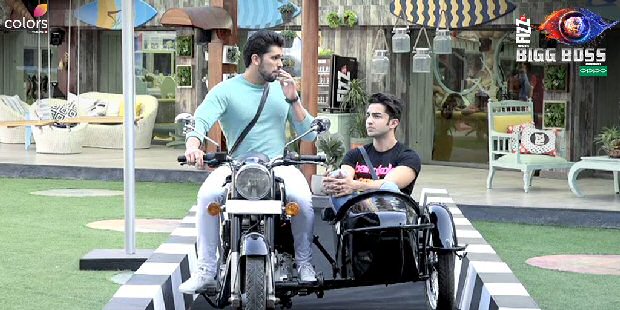 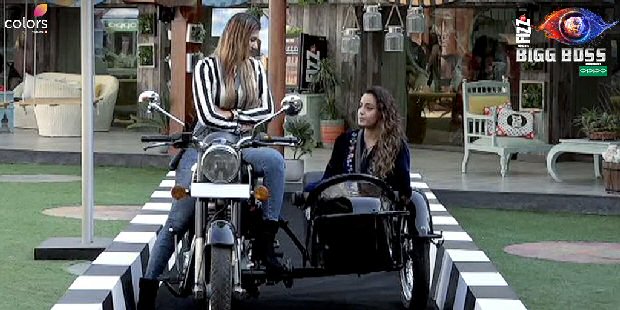 Over the weekend, Salman Khan blasted Surbhi Rana for making derogatory remarks about Jasleen Matharu and Anup Jalota’s relationship. Despite all the drama, it is not enough to salvage the season.