Bigg Boss 12 is currently on and has been doing comparatively well now with makers pulling all their big guns together to garner interest of the people in the show. With Diwali celebrations on in the house, masses requested makers to cancel the eliminations and they did that but not before Salman Khan letting housemates know who got the least votes! This time around, the makers algorithm involved last season's star contestants Hina Khan, Shilpa Shinde and Vikas Gupta to appear as guests for a few episodes. Shilpa Shinde has been a lot vocal about her opinions on Twitter with regard to the contestants this year and has been posting about the same! In latest episode, Dipika Kakar was shown breaking down again after getting her husband Shoaib's message. Shilpa called her out on this and made fun of her by calling her whole crying episode, Sasural Bigg Boss Ka. But she had a totally different opinion about Sreesanth who cries at the drop of hat too. Shilpa claimed she respects and likes him. 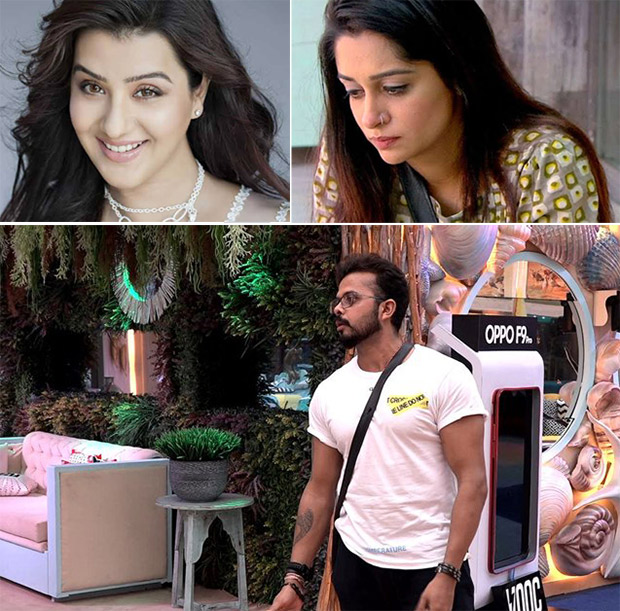 One of the Twitter users commented on this and wrote, “According to @ShindeShilpaS #DipikaKakar is doing drama...crying means only acting (according to her)But when #Sreesanth cries, runs away then he's 10000% real & not dramatic. Hypocrisy at new level.” In one of the episodes, Sreesanth was seen talking about his struggle and tears welled up in his eyes. Shilpa was quick to comment that he is the man of honour according to her. She wrote, “He is a man of honour and we all celebs are peanuts in front of him. I m glad I could spend some time and shared screen space with him.” She added later, "Sorry.. I don't want to call myself a celebrity but I meant we all  "TV Artists" are peanuts in front of him.”

What do you think about Shilpa's differential stand? Let us know.