Last Updated 27.11.2021 | 2:12 PM IST
feedback language
follow us on
Bollywood Hungama » News » Bollywood News » Arjun Rampal and Mehr Jesia were granted a divorce on Tuesday, the actor refused to speak about it

While there were rumours of Arjun Rampal and Mehr Jesia’s split back in 2011, it was only in 2018 that the couple announced separation. The couple has officially been granted a divorce as of Tuesday, November 19. Arjun Rampal recently had a kid, Arik, with his girlfriend Gabriella Demetriades. 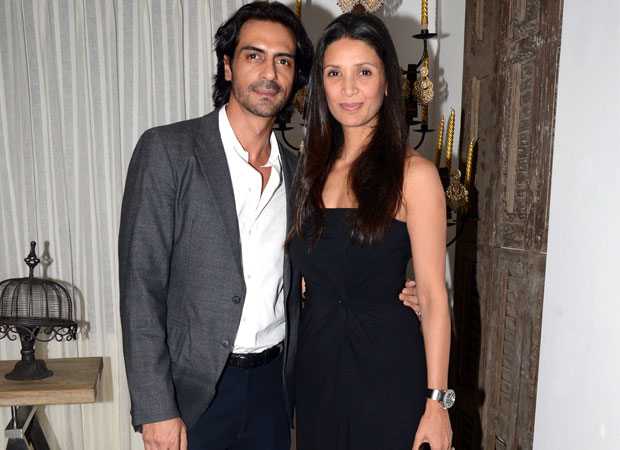 Since Arjun and Mehr’s wedding was an inter-faith one, the process of divorce took longer than usual. Their marriage was registered under the Special Marriage Act where after filing a mutual consent for divorce, the ‘s plea is scrutinized, registered, and then they are required to attend marriage counselling sessions. This is to see if the couple can still reconcile, post which, they are granted 6 more months to work things out, if possible. Later, a final plea is filed and then the divorce falls through.

When questioned to comment about it, Arjun Rampal refused to speak about it saying that he doesn’t want to talk about it and it is nobody’s business. Mehr Jesia, too, remained unavailable.

Also Read: Arjun Rampal’s next to be a supernatural thriller titled Anjaan