Amazon Prime Video announced its slate for the originals they have planned this year. One of them happens to be a political thriller tentatively titled Tandav, that's directed by Ali Abbas Zafar and will be headlined by Saif Ali Khan. Now, we can tell you that Amyra Dastur too is part of the same series. 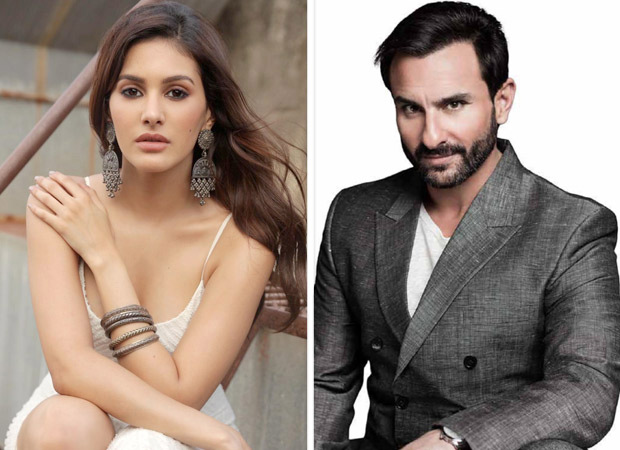 Confirming the same, Amyra shares, "Yes, I'm doing the political thriller which is Ali Abbas Zafar's next. It's a delicious script that got me completely hooked. Saif is one of the finest actors that we have today and the kind of work he's doing is putting us on a global map. Apart from Saif, the show has some amazing actors like Sunil Grover, Gauahar Khan and Zeeshan Ayyub in it. So it was a yes for me from the word go because the story is extremely fascinating." Although it was reported that the show has been titled Taandav or Dilli, a source tells us that the project remains untitled as of now.

How did the offer come about? Amyra reveals, "I got a call from Ali sir's team and I was quite intrigued by it. Then, I found out he's written it as well. It's all about politics where each of us have important roles to play. Right now, with whatever is happening around us, everyone's eyes are on this and the games that get played in the political world. My knowledge about politics has widened because of the show. I read the entire season because I'm not somebody who likes to just read my part. I loved the story because people are not going to just remember your characters but the show in totality."

She further adds, "It's a ten-episode series where all of us keep coming and going in several episodes. It's a dark, grey show which is every bit delicious."

This isn't the first time she's doing a web show. "I have done The Trip before this but the Amazon series will be my first major web show. Actually, I'm doing another one with Amazon this year," she says.