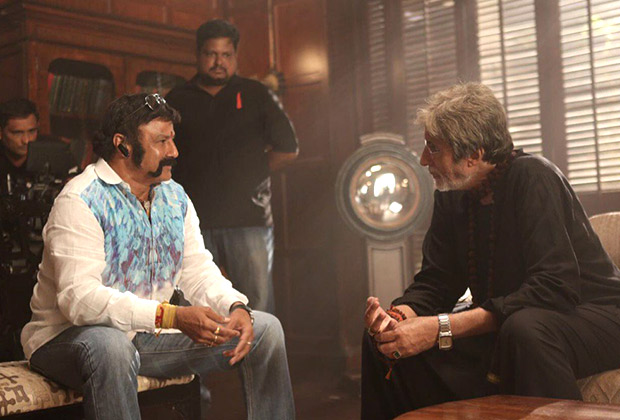 A couple of days ago, Ram Gopal Varma announced the revival of his much ambitious film Sarkar with its third installment and gave the audience the details of the cast on social media. Now that the film has gone on floor, a surprise visitor on the sets have led to many speculations.

Recently, actor Balakrishna aka Balayya paid a visit to Amitabh Bachchan on the sets of Sarkar 3. What followed were rumours that state that this was not just a mere surprise but a discussion that happened between the two about a forthcoming film. Apparently, Balayya has approached Big B for his next film titled Rythu, which will be directed by Krishna Vamsi. It is being said that though it will be a brief role, the megastar has given a nod to a 17 day schedule for the same.

Amitabh Bachchan was last seen in Pink starring Taapsee Pannu which went on to become a sleeper hit of 2016.