Over the years, Valentine’s Day has become a national holiday of sorts, especially for the film industry. The collections on this day go on a high, especially if the film has something that appeals the youth. In the recent past, films like Gully Boy and Gunday released on February 14 in 2014 and 2019 respectively and both the films saw excellent collections. This year will see the release of Love Aaj Kal, starring Kartik Aaryan and Sara Ali Khan, and it also expected to fetch a flying start, one of the reasons being Valentine’s Day. 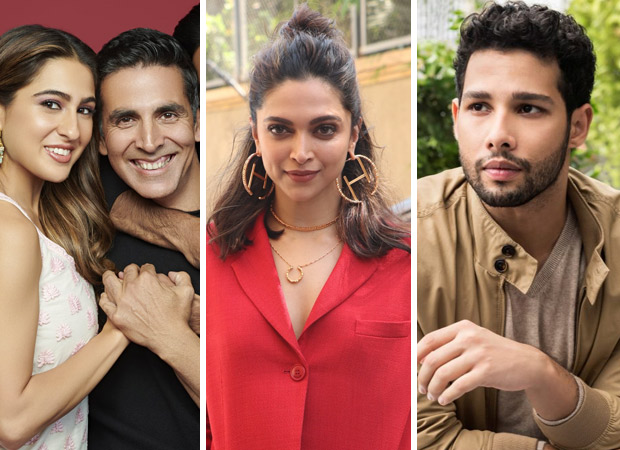 Today, it came to light that Sara Ali Khan will arrive in cinemas on Valentine’s Day 2021 as well. The film in question is Atrangi Re, co-starring Akshay Kumar and Dhanush. Directed by Aanand L Rai, this film was announced today and its first look poster was also released. Needless to say, the star cast and Anand L Rai directing the film has already enhanced the hype for Atrangi Re.

As it happens with any major festival, clashes are inevitable. Valentine’s Day is not an exception and Atrangi Re will be releasing alongside director Shakun Batra’s next, produced by Karan Johar. It also has an enviable cast, comprising of Deepika Padukone, Siddhant Chaturvedi and Ananya Panday. As per reports, there’ll be one more male actor which will be locked soon. The film was officially announced in December 2019 and it was the first film to grab the Valentine’s Day 2021 spot. Not much is known about this flick but Deepika in an interview revealed, “Shakun’s film is kind of in the Cocktail and Yeh Jawaani Hai Deewani space but also new in many ways. It belongs to a genre that we haven’t attempted in Indian cinema before.” Again, the star cast and the fact that Shakun Batra, who made the acclaimed Kapoor & Sons is helming it, has led to considerable excitement.

What’s also worth noting is that Valentine’s Day in 2021 falls on Sunday. So both films shall release on February 12. Will both the films get the Valentine’s Day advantage like its predecessors remains to be seen.