Salman Khan films always arrive on Eid. This year, his film Bharat will release during Eid too. But, next year, Akshay Kumar has taken the Eid spot. With Rohit Shetty moving ahead with Singham and Simmba franchise, his next directorial Sooryavanshi will hit the big screen on Eid 2020. There were rumours that Akshay Kumar had called Salman Khan before he blocked the date for his forthcoming cop drama. 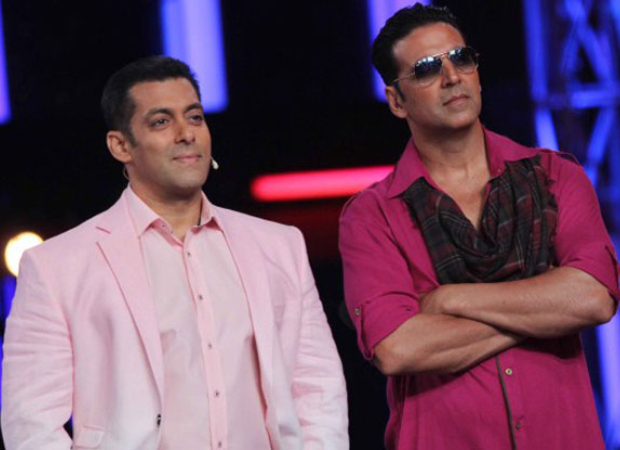 Akshay Kumar, who is currently promoting Kesari, recently was asked about the speculations. The actor denied making any calls to Salman Khan to block Sooryavanshi for Eid 2020. The two bankable superstars have been friends for a really long time. The Eid releases are always highly awaited ones and this Rohit Shetty - Akshay Kumar combination film is very exciting. The film is expected to go on floors in May 2019.

Incidentally, at the time when Kesari was announced, the film had three producers - Karan Johar, Akshay Kumar, and Salman Khan. Later, Salman walked out of the project and the reasons were unknown.

Meanwhile, Akshay Kumar is promoting Kesari as he all set to star as Havaldar Ishar Singh, the leader of the 1897 Battle of Saragarhi along with Parineeti Chopra.