Akshay Kumar means man in business and nothing can stop him from being at work. Not even the on-going coronavirus pandemic as all through the lockdown, the superstar has decided on his slate of releases. Bollywood Hungama has EXCLUSIVELY learnt that the Khiladi of Bollywood is teaming with Aanand L Rai on another film after Atrangi Re, and unlike Atrangi Re, this time around, he will be playing the leading man of the film. It has been titled Raksha Bandhan and as the title suggests, it is based on the backdrop of the bond between siblings. The film is being presented by his sister Alka Hiranandani. 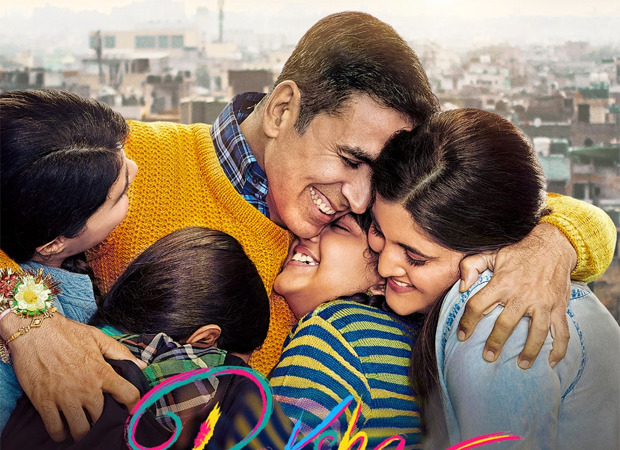 The film is written by National Award-winning screenwriter Himanshu Sharma, who also wrote films like Zero, Raanjhanaa and the Tanu Weds Manu franchise. The announcement comes on the day of the much-celebrated festival of Rakhi and the poster promises a family film with the celebration of sibling love in its purest form.

Hardly ever in life does one come across a story that touches your heart so deeply and so instantly...it’s the quickest I’ve signed a film in my career. Dedicating this film, #RakshaBandhan to my dear sister, Alka and to the most special bond in the world...that of a brother and sister. Thank you @aanandlrai for one of the most special films of my life. ‪Directed by Aanand L Rai‬ ‪Written by #HimanshuSharma Produced by #ColourYellowProductions @cypplofficial in association with #CapeOfGoodFilms Presented by #AlkaHiranandani & Aanand L Rai, in theatres on 5th November 2021.‬ #SirfBehneDetiHai100PercentReturn

"Akshay loved the subject and agreed to come on board right after the first narration. It's a light-hearted family comedy, that falls right in the Akshay Kumar zone of filmmaking too," a source told Bollywood Hungama, adding further that it is written by the writer duo of Siddharth-Garima. The film will be produced by Aanand L Rai under his banner, however, we still await clarity on whether the filmmaker is directing it himself or does it mark the debut of Siddharth - Garima.

Looking forward to work with the filmmaker once again, Akshay Kumar said, "Hardly ever in life does one come across a story that touches your heart so deeply and so instantly! It will make you laugh and it will make you cry. And it will make us realize how blessed are those who have sisters. It makes me happiest that my sister Alka is presenting and producing this film along with ace director Aanand L Rai. Can’t thank him enough for bringing me one of the most special films of my life.”

The movie will go on floors by mid-2021. Written by Himanshu Sharma and produced by Colour Yellow Productions in association with Cape Of Good Films, the film is the second collaboration between Aanand and Akshay after Atrangi Re. Presented by Alka Hiranandani & Aanand L Rai, Raksha Bandhan releases in theatres on 5th November 2021.

Apart from Raksha Bandhan, other Akshay Kumar films slated for a big-screen release include - Sooryavanshi, Bachchan Pandey, Bell Bottom, Atrangi Re, Prithviraj and his yet-untitled film with Ekta Kapoor.