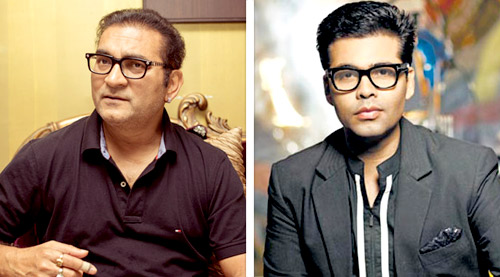 Followed by the infamous Uri attacks, as the nation breaks into an outrage, it was also followed by several celebrities condemning the same on social media. Singer Abhijeet Bhattacharya, who has been the center of several controversies over his tweets, decided to once again take to the micro-blogging site to state his opinion.

As many from India are persuading the Government to wage a war against Pakistan after the attack and teach them a lesson, Abhijeet Bhattacharya expressed his desire to take Pakistani artists out from Bollywood. His tweets were directed towards Bollywood biggies like Karan Johar for promoting Fawad Khan followed by Bhatts who launched several Pakistani singers in Bollywood. His tweets read, "Ask this to Shame less Dalal like Johars, Bhatts and Super Star Khans .. And Offcourse our Visa Dalas in India and d foreign ministry." He continued bashing them in the next couple of tweets adding, "It's time to question @SushmaSwaraj why u provide visa & red carpet to them ? Ex min @salman7khurshid, Manishankar Iyyer did d same. B'wood is now full of frustrated ??s and 6s prodcrs directrs, no balls, they want more Pathan boyfriends from Pak now .."

Prior to this, Abhijeet Bhattacharya was caught up in a legal controversy as he was bailed out after an arrest was based on the basis of an FIR filed against him by AAP member Preeti Sharma Menon. She registered the complaint on the grounds of obscenity and outraging a woman's modesty after he posted some insulting tweets directed towards her and a female journalist.