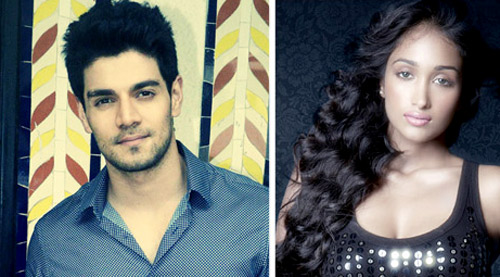 For over three years, battling it out as an accused in the much controversial alleged suicide case of Jiah Khan, actor Sooraj Pancholi is once again facing additional charges from the Khan family. Recent reports claimed that a UK based foreign investigator Jason Payne James was brought in the case by Jiah's mother Rabia Khan whose findings indicate that Jiah Khan did not commit suicide.

What followed was a series of accusations and allegations directed at Sooraj Pancholi whose trial was to begin soon under the charge of abetment to suicide. With the new twist, the actor whose career and life is at stake decided to open up about his feelings in an interview of sorts wherein he revealed that like everyone else, he deserves a fair trial. He is also miffed with the way how his case has been more of a media trial wherein different angles of the case are being reported in the media even before it is presented before the court. While he maintains that it has been a difficult time for him to recover from a huge loss, he also extended sympathies with Jiah's family. He also added that this is not the way a case should be treated wherein the court and people are lead to believe in something. Though he believes that everyone is entitled to an opinion, he also maintains that playing a blame game without knowing the facts isn't acceptable.

Stating that never has his family intervened in the case since the start during the proceedings, Sooraj Pancholi expressed that they have also maintained silence amidst allegations as they decided to patiently wait for the trial to begin. He further expressed disappointment over the way his case is being treated as he requested everyone to stop speculating until the court arrives on a verdict. He also revealed that he wants his trial to begin soon so that peace prevails in his life and also his family's. He added that he wants the pain to end for both families and also wants to continue with his life after the end of trial.