Bigg Boss which premiered for 6 weeks had the theme of connections. From the beginning of the show, many connections became the talk of the town. One such connection which grabbed a lot of limelight was between Shamita Shetty and Raqesh Bapat. The duo shared great compatibility in the show and fans were in awe of their chemistry. 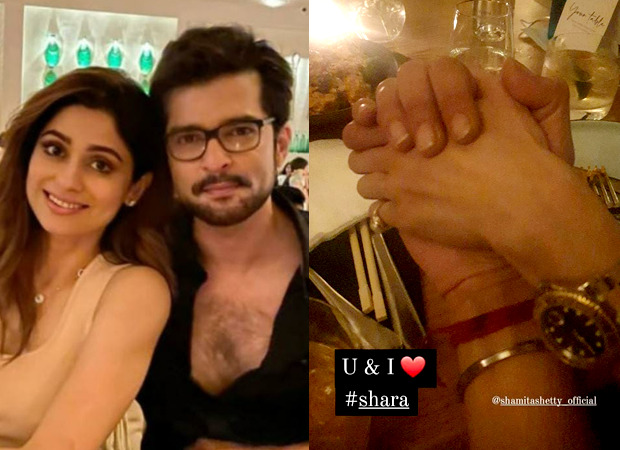 Recently, the duo was spotted together in the city as they stepped out for a date. Raqesh took to Instagram stories and shared the visuals from their date. In the picture, he and Shamita were holding hands and he captioned it as ‘U & I,’ and added a heart emoji with the popular nickname coined by their fans: #shara. The photo showed them at their dinner table with a wine glass and some chopsticks visible. 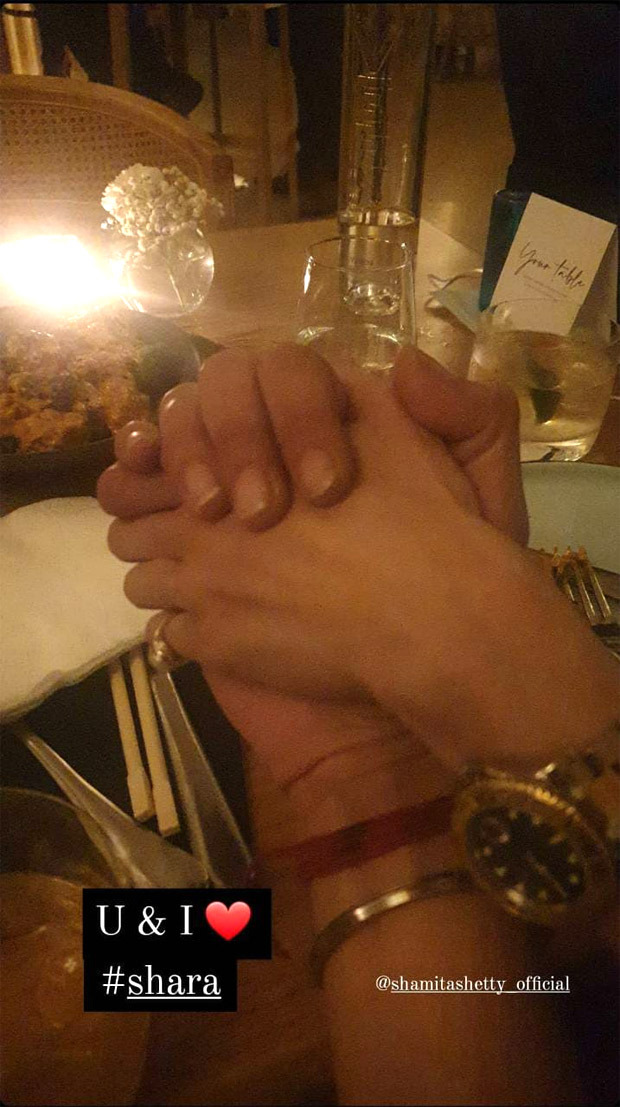 Raqesh and Shamita were even papped by the media and they got extremely shy. On the work front, while Raqesh is yet to announce any of his projects Shamita will be a part of Bigg Boss 15.

ALSO READ:Bigg Boss OTT: Shamita Shetty and Raqesh Bapat admit to liking each other, following a major fight between the duo