Bigg Boss OTT contestants Shamita Shetty and Raqesh Bapat got into a major fight on Tuesday. While Shamita got upset with Raqesh for 'jokingly' taunting her 'cribbing' all the time. Being the power connection of the house, Shamita and Raqesh are quite popularly being shipped together by the fans. Following the argument, the duo confessed their feelings towards each other. 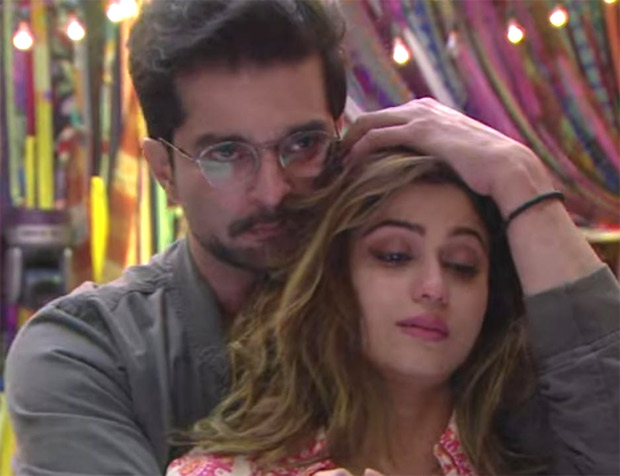 Bigg Boss OTT: Shamita Shetty and Raqesh Bapat admit to liking each other, following a major fight between the duo

During the argument, Raqesh tried to resolve the issue but Shamita brought up the incident from the eliminations where she tore her mother's letter and put herself into the danger zone to save Raqesh. Later, Raqesh called out Shamita for controlling him and said that he did not like the fact that Shamita tries to stop him from speaking to Divya and whatever the emotions he had shown towards Shamita in the show were 'real' and not because they were a connection.

Shamita confronted Raqesh about when she ever tried to control him adding that she doesn't trust Divya. Towards the end of their fight, Shamita admitted to liking Raqesh while she broke down in tears saying that she haven't played the game from Day 1 adding “I let you hold my hand or I let you kiss on my cheek is because I like you. I don’t know how to fake it. When you say all these things to me you have to understand where I’m coming from. It’s taken me a long time to accept myself the way I am. And all the relationships that I had been in, none of the men really made me feel very good about myself, Raqesh. I have gone in a self-preservation mode to protect myself."

Following the major drama, the duo Raqesh and Shamita walked off and didn’t speak to each other whereas in the later episode, Raqesh was heard telling Nishant Bhat that he genuinely cares for Shamita and have found solace in her after a very long time, he even said that he is thinking of taking a voluntary exit as he's unwilling to play the game anymore.

Also Read: Bigg Boss OTT: Shamita Shetty offers to sleep next to Raqesh Bapat to console him; jokes, ‘You’re not going to put a toe in my section’