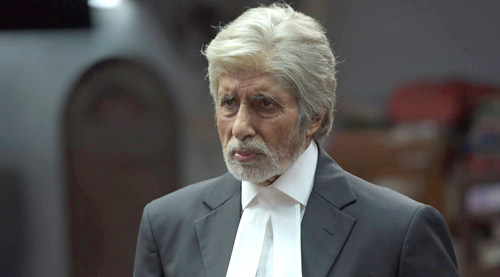 There is no stopping Pink. For its target audience, the Shoojit Sircar produced film stays on to be the first choice of the week as it continues to bring in audience on a steady note. The film is staying above the Rs. 3 crore mark on each day and collected Rs. 3.87 crore more on Wednesday. With such steady collections on display, the film has now touched the Rs. 32.67 crore mark.

The Taapsee Pannu, Kirti Kulhari and Andrea Tariang film has followed absolutely similar trajectory as that of Sonam Kapoor's Neerja. That film had opened at Rs. 4.7 crore and then enjoyed a Week One of Rs. 35.32 crore. Now Pink has opened at Rs. 4.32 crore and would have a Week One of around Rs. 35 crore. The difference of around Rs. 32 lakhs that may come in would be almost the same that had been created on Day One of both the films. Beyond that, the collections have stayed on to be almost ditto, which is a good indication of how the same target audience for both the films have behaved.

On the other hand Raaz Reboot is on the same lines as Akira. With Rs. 2 crore* more coming in on Wednesday, the Vikram Bhatt directed film has now collected Rs. 25 crore*. The film should have a Week One collections quite similar to that of Akira [Rs. 26.39 crore]. The A.R. Murugadoss directed film had opened on a lesser note [Rs. 5.15 crore] when compared to Raaz Reboot [Rs. 6.3 crore] but had then held a little better during the weekdays (also due to a partial holiday on Monday). In case of the Emraan Hashmi film, though the weekend [Rs. 18.09 crore] was better than Akira [Rs. 16.65 crore], the weekdays haven't been as strong.