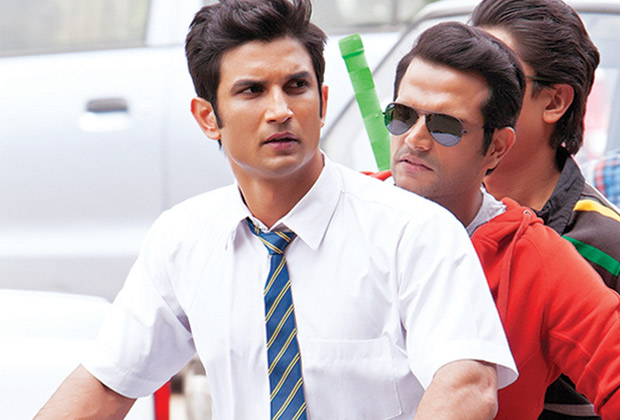 Will it happen this week itself? Or will the eventual entry of M.S. Dhoni - The Untold Story in the 100 crore club take place in the second weekend? It is now such records that would be talked about the Neeraj Pandey directed biopic which is enjoying a record journey for itself ever since its Friday release. With the weekend bringing in 63 crore*, a humongous number indeed, the chase has been set.

It is interesting to see the records that have been set by films that have enjoyed a weekend of 60-65 crore. One such record is the journey towards the 100 crore mark and each of these successful films has managed this feat inside of 7 days.

This is how the Week One total of biggies have turned out to be, when a weekend of 60-65 crore (as mentioned in the bracket) has set the tone for a 100 crore run in the first week itself:

Of course in this list, Ek Tha Tiger is a glaring exception where a film has done more than double the business of the weekend while going past the 100 crore mark. That's because the Salman Khan starrer had released on Wednesday and the Eid was after the first three days of its run. However, when the festival arrived, the film created havoc and went on to garner record collections.

In comparison, M.S. Dhoni - The Untold Story is more in the zone of Yeh Jawaani Hai Deewani as it has released on a non-holiday and doesn't have any festival in its entire week. With the weekend too on similar lines as the Ranbir Kapoor flick, one expects the Week One numbers of the Sushant Singh Rajput starrer also to be on the same lines.

For Fox, the film has turned out to be the third good success of 2016 after Neerja and Kapoor & Sons. With Ae Dil Hai Mushkil as their next biggie on the way, the month of October could well belong to them.

Showik Chakraborty applies for bail for the…