After the success of Vidyut Jammwal starrer Khuda Haafiz, the makers immediately started work on the sequel of the film titled Khuda Haafiz Chapter 2 Agni Pariksha. While the first part was released directly on OTT, the makers are all set to release the sequel on the big screen. Inspired by true events, the film narrates the story of a man on a mission to rescue his kidnapped wife. 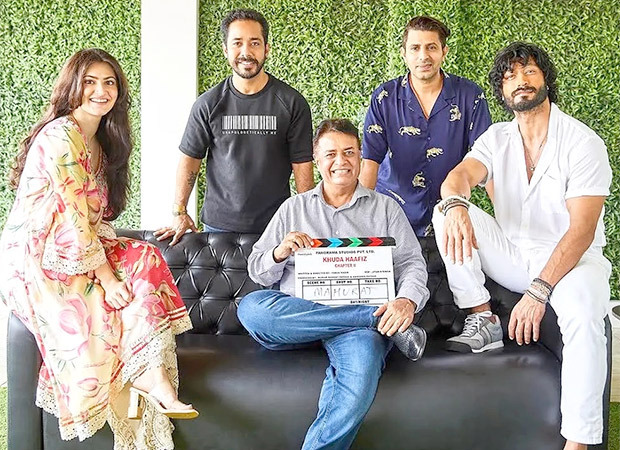 On Thursday, the makers of Khuda Haafiz Chapter 2 Agni Pariksha announced that the film will be released in theatres on June 17. Vidyut will essay the role of Sameer who sets out to rescue his wife Nargis played by Shivaleeka Oberoi. Khuda Haafiz is produced by Kumar Mangat Pathak and Abhishek Pathak while it's directed by Faruk Kabir again.

Faruk Kabir says, "From day one, I had an instant synergy with Vidyut Jamwal. And the same is reflected on the screen that appeals to the mass audience. I am overwhelmed by the response right now, and I am sure the cinegoers will enjoy Khuda Haafiz Chapter 2 even more than its prequel."

Vidyut also has a number of other interesting projects lined up like, Sher Singh Rana, and he has also turned producer with IB 71.