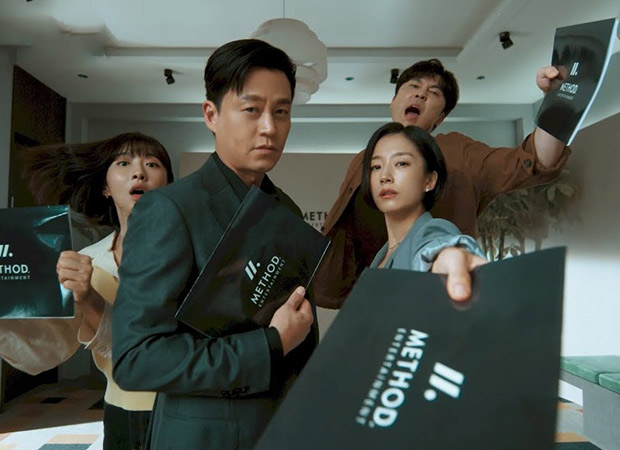 According to Soompi, the upcoming remake on the network tvN will develop episodes that suit the emotions of Korea while including the strengths and fun points of the original work. The story will showcase how pro managers working with Korea’s top stars are inevitably amateurs in their own lives as they navigate work, love, and ambition. There will also be a cameo lineup that will make every episode shine even more.

The new teaser introduces Ma Tae Oh (Lee Seo Jin), Cheon Jae In (Kwak Sun Young), Kim Joong Don (Seo Hyun Woo), and So Hyun Joo (Joo Hyun Young) as METHOD Entertainment’s four managers. The clip begins with the actors on calls persuading people. Ma Tae Oh, who is the General Director of METHOD Entertainment, asks – as translated by Soompi, “Will you not regret it like this?”

Team leader Cheon Jae In then remarks, “Please give me some time,” while other team leader Kim Joong Don calmly but strongly expresses his opinions while newbie manager So Hyun Joo struggles but she makes every effort to solve the issue. The teaser concludes with Lee Seo Jin stating, “I will do anything if it’s for my actor.”

The production team shared, “Managers do everything if it’s for ‘their’ actors. That unconditional passion will fill up the small screen this November. Please look forward to the realistic story of the self-sacrificing managers who work behind the scenes to make the stars shine brightly.”

The drama will be produced by Producing Director Baek Seung Ryong from a screenplay by Park So Young and Lee Chan.

tvN’s Surviving as a Celebrity Manager is slated to premiere in November. Watch the teaser below!