Shah Rukh Khan and Kamal Haasan came together on the big screen for one of the most unconventional projects, Hey Ram. The bilingual film, that also stars Rani Mukerji, Hema Malini, Atul Kulkarni amongst others, featured Shah Rukh in a rather different avatar. Now we hear that the superstar has gone ahead and bought the rights of Hey Ram.

Shah Rukh Khan and Kamal Haasan were recently seen reminiscing about their shooting days when they met at event. The duo was present amidst several Bollywood dignitaries during a press conference that was held in Mumbai. It was to welcome popular Hollywood filmmaker Christopher Nolan. During the same, Shah Rukh and Kamal Haasan got to talking about Hey Ram and it was then, Kamal reportedly revealed to the media that the superstar has indeed purchased the rights of the film. 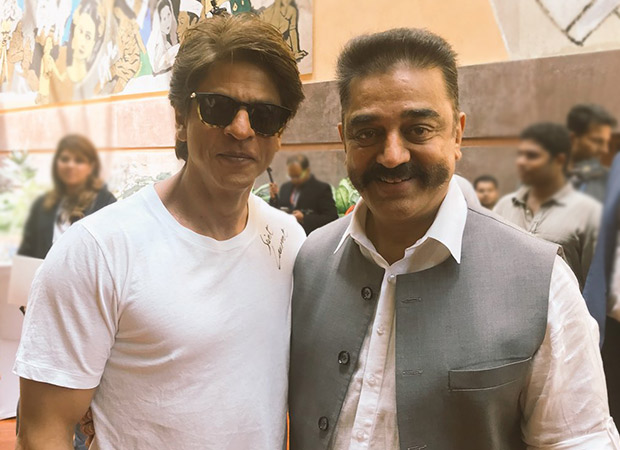 Speaking on the same, Kamal Haasan revealed that Shah Rukh Khan had done the film without any money. It was friendly gesture of the superstar, who appears in the film in a small yet crucial role. Further, Haasan said that Shah Rukh only received a watch as a token of appreciation from him as Kamal had already out of budget during the shoot of the film. For the uninitiated, Hey Ram was directed and produced by Kamal Haasan.

Further confirming about Shah Rukh Khan buying rights of Hey Ram, Kamal also added that the superstar bought the rights from Bharat Shah who was also the co-producer. He also maintained that Shah Rukh should have a memory of the film since he gave his friendship and service for it.

Talking about Hey Ram, the film switches between the pre-Independence and post-Independence era as an 80 year old Ram aka Kamal Haasan tells his life story to his grandson, a historical fiction writer as a part of his upcoming novel.  The story unveils with Ram developing hatred towards Gandhian ideology after the brutal rape and death of his wife played by Rani Mukerji. His friendship with Amjad aka Shah Rukh Khan also plays an important role which brings a crucial change in Ram’s character. Hey Ram released in Tamil and Hindi in the year 2000.