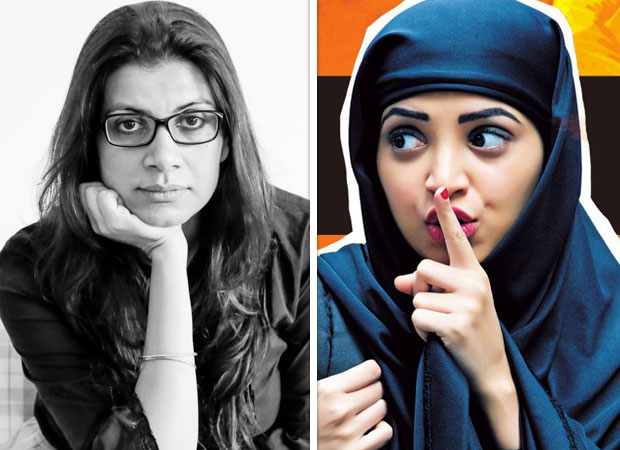 It has not only caught the attention of the Censor Board, but also many feminists and social media lovers for its controversial content. After a long battle, the award winning film at many festivals Lipstick Under My Burkha, finally gets a release in India and the promotions have kick started. During one of its events held in Delhi, Alankrita Shrivastava, the director of the film revealed the reason behind choosing this unique title for the film.

As unique as the title sounds, it definitely triggered curiosity amongst the audience and after the release of the trailer; it has only further increased the intrigue quotient. Whilst attending the recent promotional event in the capital, Alankrita was questioned about why she chose such a unique title for the film and her reply explained it all.

Calling it as a metaphor for women’s unspoken dreams and desires, Alankrita Shrivastava said that Lipstick Under My Burkha was a representation of how, despite trying to cover up everything and in her attempts to maintain her image in the society, the women continue to have hidden dreams and desires that they would not let go off. Alankrita further asserted that restraining them wouldn’t stop them from following their passion and dreams. She added that the film was also about certain things that women often do in secret because they aren’t allowed to do in public places.

Starring Konkana Sen Sharma, Ratna Pathak Shah, Sonal Jha, Aahana Kumra, Lipstick Under My Burkha revolves around the fight of four women who try to break free from the societal norms in their own way. The film, which is being backed by Ekta Kapoor, faced a major battle with the Central Board of Film Certification on the basis of explicitly portraying women’s sexual desires and fantasies. Now, the film has received a release date and it is scheduled to hit the big screens on July 21.