Known for his unconventional roles, Nawazuddin Siddiqui constantly strives to push the envelope when it comes to his work. After making his digital debut with Sacred Games, the actor is back concentrating on his films. While his last release Manto, based on the life of the poet by the same name went on to gather critical acclaim, next in the line is Thackeray. After that, we hear that the actor will be seen in the Honey Trehan directorial Raat Akeli Hai which will also see him reunite with Badlapur co-star Radhika Apte. 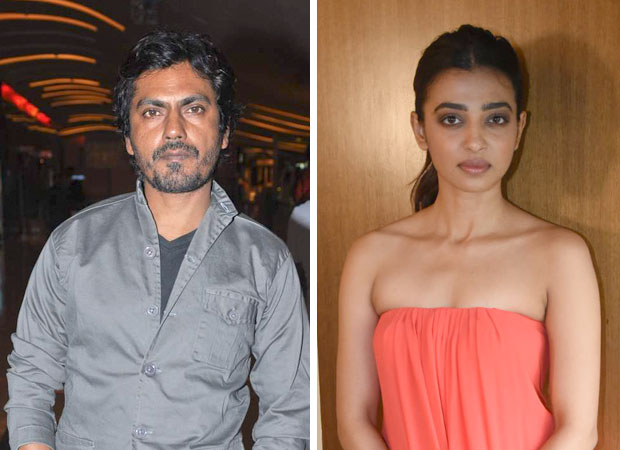 Nawazuddin Siddiqui and Radhika Apte have, in the past, shared screen space in films like Badlapur and Manjhi – The Mountain Man. Now the two actors are expected to come together in this love story, Raat Akeli Hai. Speaking on the film, it is being said that it is a romantic drama set in the heartland of India. Further details are currently being kept under wraps.

If reports are to be believed, after Nawaz gave a green signal to the project, the makers decided to approach Radhika Apte for the film. It is being said that the makers felt that the actress was perfect for the role and also they also felt that since, Nawaz and Radhika have shared screen space in the past, they would be quite comfortable with each other. As for Radhika’s reaction, she loved the script in the first go and immediately gave a nod to the film.

Raat Akeli Hai is expected to go on floor in January. Interestingly, Nawaz’s other film, Thackeray too will be releasing in the same month. It is based on the life story of India’s one of the most renowned politicians and former Shiv Sena leader Balasaheb Thackeray and it is slated to hit the screens on January 23, a few days before India’s Republic Day.