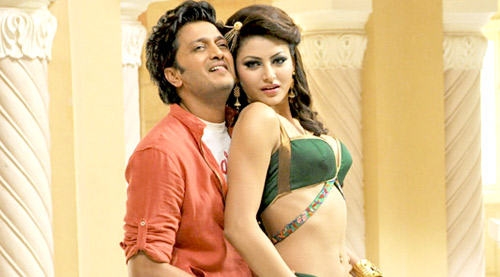 With the online leak of the entire footage of Great Grand Masti, it's time for its producers Balaji Films to do some serious damage control.

In the effort to contain the damage Balaji Films have decided to prepone the release. The sex comedy will now be released on July 15, instead of July 22, as scheduled earlier, thereby facing competition from Steven Spielberg's The BFG. Adapted from Roald Dahl's children's story about the bonding between a little girl and a giant, it is diametrically opposed to Great Grand Masti in content, intent and purpose.

Interestingly Amitabh Bachchan has dubbed in Hindi for the Giant in Spielberg's BFG. So it's Indra Kumar's sex comedy against the Big B and a tale of innocence and adventure on July 15.