Netflix is set to bring Gyeongseong Creature to viewers around the globe. The thriller series follows individuals going up against monstrous creatures that were born out of human greed. Set in the spring of 1945, in the city of Gyeongseong, the series is highly anticipated due to the sheer amount of talent tied to it. Park Seo Joon, who received acclaim for his roles in the dramas Itaewon Class and What’s Wrong With Secretary Kim, and Han So Hee of My Name fame will headline the project. 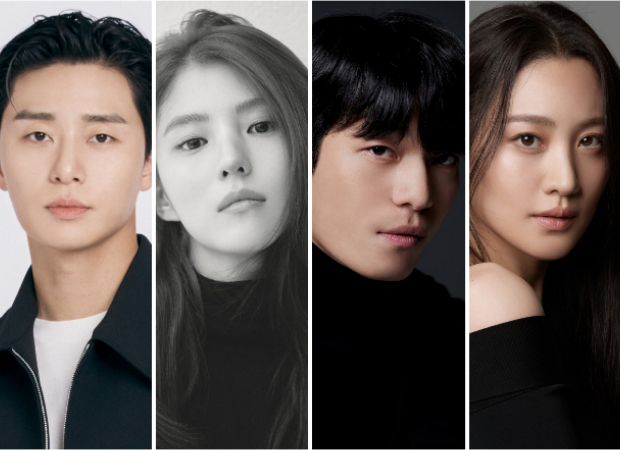 Park Seo Joon plays Jang Tae Sang – the head of merchant marketplace Golden Jade House who is the wealthiest, most well-connected person in Gyeongseong. Tae Sang is someone who puts money before justice, but all that changes when he crosses paths with Yun Chae Ok while investigating a series of missing person cases.

Han So Hee plays Yun Chae Ok – a famous bounty hunter who can track down missing people, even ones who are dead. Chae Ok possesses a sharp eye and agile survival skills learned from her rough childhood roaming across Manchuria and Shanghai with her father.

The solid cast also includes Claudia Kim and Wi Ha Joon who have both received international acclaim for their roles. Claudia Kim plays Maeda, the wife of a powerful official in Gyeongseong during the colonial period. The actress has been active on the global stage through the films Avengers: Age of Ultron and Fantastic Beasts: The Crimes of Grindelwald, and the Netflix Series Marco Polo.

Wi Ha Joon, who made a lasting impression with his role in Squid Game and is currently starring in Little Women, plays Gwon Jun Taek, Tae Sang's best friend. He joins Tae Sang's dangerous plan in rescuing the people who have gone missing.

Joining them are popular and critically acclaimed actors Kim Hae Sook, and Cho Han Cheul. Gyeongseong is the former name of Korea’s capital city Seoul, and the name used during Japanese colonial rule. The upcoming series invites audiences to 1945 Gyeongseong, the hotbed of turmoil caused by creatures that suddenly appear and wreak havoc on an already troubled world.

Behind the scenes of this stellar cast lineup is a talented production team consisting of heavyweight hitmakers. The team is led by screenwriter Kang Eun K, who penned dramas across various genres such as Dr. Romantic and Kang Chi, the Beginning, and director Chung Dong Yoon, who flexed his powerful muscle as a creator in Stove League.

Gyeongseong Creature, a story about wretched creatures and those who go up against them, will be released globally only on Netflix