Shah Rukh Khan is a total family man and never does he let his work get in a way of his family commitments. SRK just came back from a European vacay with his family and now he was spotted with his older kids Aryan and Suhana Khan at Dubai airport. Now, it is not clear as to why was King Khan going to Dubai with his kids. In fact only recently they travelled across Spain, Barcelona and other exotic places. Post that, proud papa Shah Rukh Khan unveiled Suhana’s debut Vogue magazine cover and well, kick-started her journey in the tinsel town. Suhana who is completing her degree course in theatre and acting, will make her debut soon but it is not yet formally announced. We are waiting with bated breath for the same. Meanwhile check out at the pictures of SRK and his kids taken at the airport. 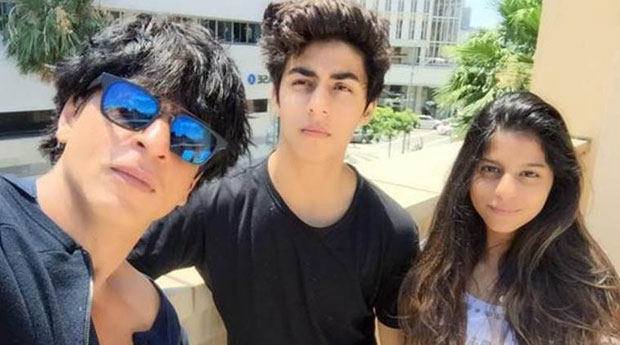 On the professional front, Shah Rukh Khan is set to come out with his most awaited movie till date, Zero. The film has already been shot and Shah Rukh has been deeply involved in its making, production and post production. The film also stars Katrina Kaif and Anushka Sharma in important roles. Post Zero, he would be seen in Rakesh Sharma’s biopic Salute.