Amidst all the rumours about whether it is going to happen or no, Karan Johar finally put an end to it by announcing a couple of months ago that he will be returning with Koffee With Karan. And last month, he also announced that the spicy hot goss and fun chat show will return on July 7. Known for causing controversies, the show has been a fan favourite for its fun chats, inside scoops as audiences can see a much more candid version of popular celebrities. The recent teaser of the show has definitely piqued interest, not only because of the topics of discussion we can expect but also with celebs like Samantha Ruth Prabhu and Vijay Deverakonda making their couch debut. During the same, a statement made by Samantha, who is currently in news after separating from husband Naga Chaitanya, garnered a lot of attention. 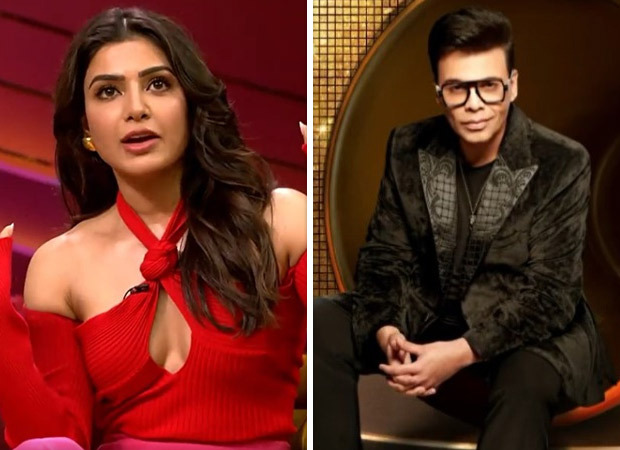 In the recently released teaser, which is the third one since last couple of months, Karan Johar gave a sneak-peek into the guest list viewers can expect from the show. During the same, we spotted Samantha Ruth Prabhu making an appearance with Akshay Kumar. Although the two have never worked together in a film or a show, they worked recently together for an ad commercial. In the said episode, Samantha was seen discussing about marriage wherein she made a statement accusing Karan Johar of ruining marriages. She said, “You are the reason for unhappy marriages. You portray it to be K3G (Kabhi Khushi Kabhie Gham) whereas in reality it is KGF.” Needless to say, her comment left everyone in splits.

Interestingly, Samantha spoke about marriage amidst several rumours that are doing the rounds post her separation with Naga Chaitanya. Besides that, in yet another peek-a-boo from the episode, we also saw Akshay Kumar misunderstanding Instagram filters as ‘fillers’.