Last Updated 27.01.2023 | 10:20 PM IST
feedback language
follow us on
Bollywood Hungama » News » Bollywood News » Koffee With Karan 7: Shahid Kapoor opens up about Jersey’s failure at the box office: ‘Was really thinking that should we just straight go to digital’

The new episode of Koffee With Karan 7 saw Kabir Singh co-stars Shahid Kapoor and Kiara Advani. The two stars spoke about their films, careers, relationships and more. During the episode, Karan asked Shahid about his recent release Jersey and how he had expectations from the film but it didn't do well at the box office. 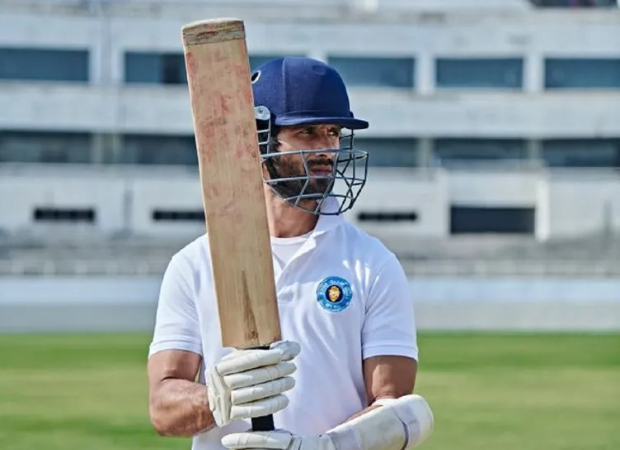 Koffee With Karan 7: Shahid Kapoor opens up about Jersey’s failure at the box office: ‘Was really thinking that should we just straight go to digital’

Karan asked, "Recently, your film didn't perform to expectation. On a performance that was very largely loved and everyone said you were outstanding and actually coming from a performance that was National Award winning, was it tough for you to deal with how the film went at the box office, or did you just accept it for what it was and moved on because the climate is such?"

Shahid replied, "Actually in December, when we were supposed to release it on the 31st and we couldn't release, because COVID came in and Delhi got shut down. It literally happened 3 days before. All our marketing material was out and everything had been released and very clearly in my head in December, I asked myself,  "Am I thinking from my head or from my heart?" Because it was a film that was very close to our hearts and I was very emotionally involved in the character and the father-son dynamic had affected me personally as well. And my director and producer, Aman and Gautam, both of them were very keen that the film goes to the big screen."

He continued, "When in December it didn't happen, I was really thinking that should we just straight go to digital now. Because its really difficult to repeatedly keep creating the hype around the film, especially when all your material is out and then unfortunately we released in April, which was not a great month for us because there was a certain mood and a certain type of cinema which the audience was watching and we had shifted our date multiple times by the time we released, but you are still optimistic and hopeful thinking that things will get sorted but it didn't work out like that and I feel maybe we didn't do the right thing on the film maybe the film needed to be protected."

Jersey starred Shahid Kapoor and Mrunal Thakur. The film in April, this year.

ALSO READ: Koffee With Karan 7: Kiara Advani reveals Shahid Kapoor once made her wait 8 hours on the sets of Kabir Singh: ‘There was discussion of what shoes he would wear’