Ever since it was announced that Shahid Kapoor would be next seen in Jersey, everyone is eagerly waiting to know more about his role. The film is a remake of Telugu star Nani's film with the same name. In October end, the actor began to prep for the film and continuing his training in cricket. Now, it has been learnt that Mrunal Thakur has joined the remake. 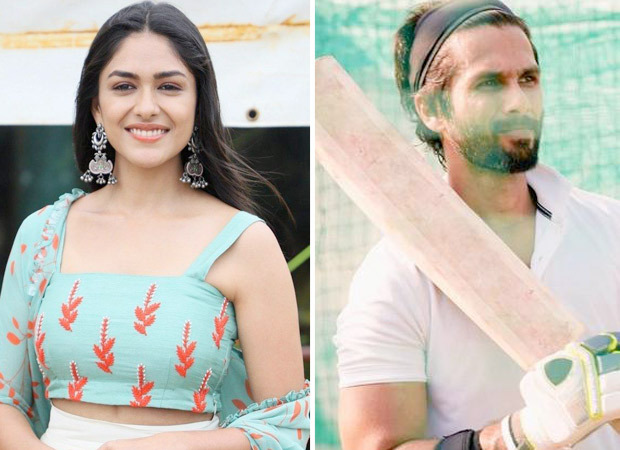 Jersey is an official remake of the critically acclaimed and commercially successful Telugu film of the same name. Gowtham Tinnanuri, the director of the original version and who is directing the Hindi version as well, only saw Mrunal as his first choice for the role, Gowtham says “After Shahid came on board, I only had Mrunal on my mind for the lead opposite him, I loved her performance and confidence in Super 30 opposite Hrithik Roshan and felt she’s perfectly fit for the part in Jersey and will do full justice to the role.”

Looking at the original version, Mrunal's character will be the anchor to Shahid’s, who goes on an emotional journey against all odds to play cricket for the country in his mid 30’s, when it’s time for most people to retire from competitive sports.

Mrunal says “I’m super excited to play the lead opposite Shahid in Jersey! When I saw the original film I was bowled over by its passionate emotional journey, it felt like I had lived a full lifetime of experiences in those two-plus hours. So deep was the affect of the film on me that I couldn’t get it out of my heart the whole night so I immediately watched it again the next day, I can’t wait for Hindi audiences to experience a similar impact!”

Meanwhile, Shahid Kapoor has dived deep into the prep of the film. The paparazzi caught him several times during the game practice and we can say that the cricket fever mode is activated.