If you stay at a deserted holiday mansion for a weekend away with three of your friends and someone in your group discovers an Ouija board, be ready to let someone unexpected join you!  Nothing good ever comes from an Ouija board! This is a synopsis of the film Definition Of Fear in which Jacqueline Fernandez is making her Hollywood debut. 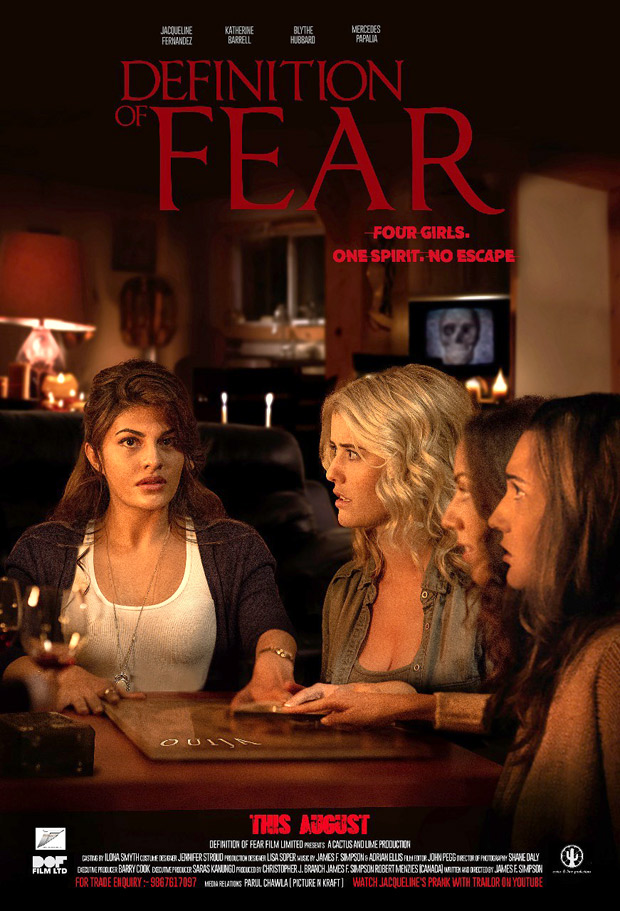 Jacqueline. Fernandez, who is basking in the success of her Hindi films, announced the arrival of her first English language film by saying, “I’m very proud of Definition of Fear and also very excited for its release". 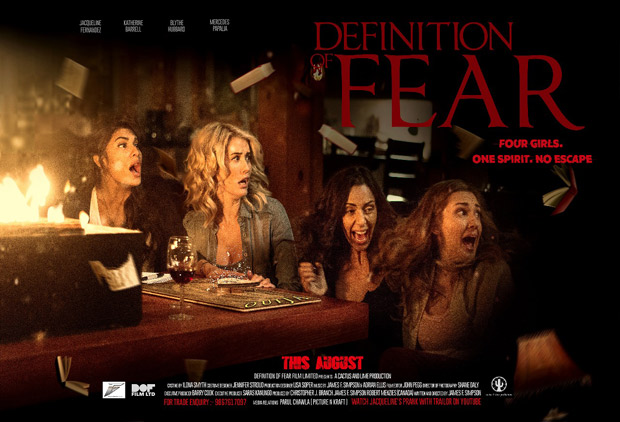 Director James Simpson says, “This psychological horror will stop you from sleeping, be aware! Jacqueline was amazing in it and I’m so excited to share what we created together!

The trailer opens with Jacqueline’s lines, “Imagine how fear can be manipulated, created," and then goes on to give us glimpses of what happens when she and her friends visit a deserted holiday mansion over a weekend away. A series of bizarre, inexplicable incidents follow suit. How do the four girls deal with a demented spirit, when they have no chance of escape, which is the crux of the film.

Definition of Fear, a horror-suspense-thriller film shot in Canada, is about how fear can be manipulated, created but sometimes it can be very real too. It’s a story about four girls who decide to spend their weekend at an isolated mansion deep in a forest and playing at night with an Ouija board starts something they can’t control - little do they know that they are not the only ones there. Much to their horror, they have to struggle to try and save their lives and the real danger is closer then they can ever imagine. Definition of Fear releases this August nationwide by Formula Bollywood (India) Pvt Ltd.


Also Read: When Jacqueline Fernandez navigated Mumbai alone at 3 AM without knowing Hindi