Village Rockstars, the Indian entry to the Oscars 2018, has not made it into the Oscars’ shortlist. This snub has become an annual ritual for us.

I am not surprised about the rejection, though. Village Rockstars peddles the Great Indian Poverty for Western audiences. For long stretches, nothing happens in this film about an impoverished little girl in Assam who dreams of owning her own guitar. Inert silences are considered a huge asset in films that glorify the Great Indian Poverty for a certain section of the Western audience which sees India and Indian cinema in two ways: either there is too much singing and dancing or there is too little to eat and to hope for. 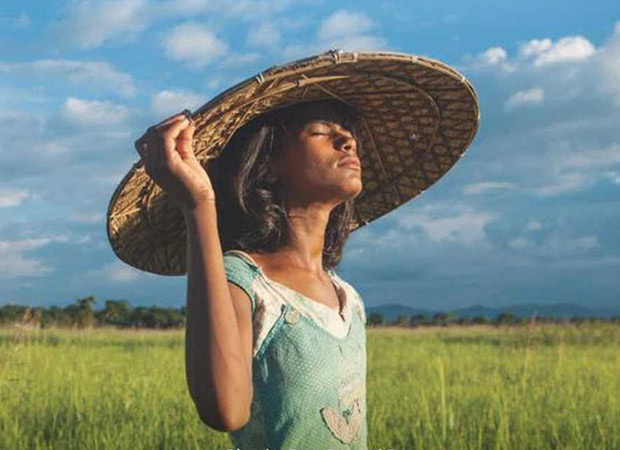 Village Rockstars falls into the latter category. It fits in rather snugly with the western audiences’ perception of an impoverished India. A pre-pubescent girl Dhunu (Banita Das) wishes to own a guitar and form a musical band. It isn’t very clear where and how Dhunu’s yearnings sprouted into a veritable passion. Or how and why she wants to play rock music and own a rock band. The aspirational peg gives the debutant director a peg to pan her inquisitive camera across long stretches of silently stirring paddy fields and shots of adolescents running across middle hinterlands.

The film looks and feels like Satyajit Ray’s Pather Panchali, one of the three Indian films so far which have been shortlisted in the Oscars’ Best Foreign Language film category. But it lacks the vision and lyricism of Ray’s exposition on rural poverty. Director Reema Das seems to use the theme of Indian Poverty as a peg for her aspirational story. The narrative even at a conservative 90 minutes, clocks up a heft of tedium. I couldn’t get myself involved in Dhunu’s story. It wasn’t her fault. Village Rockstars has some quaint heartwarming passages among the village children who want to form a musical band. But by the time Rima Das threw in a flood sequence and a menstruation ritual, I knew the director was in this for the long haul. More than her little protagonist’s yearning for a guitar it is the director’s craving to take rural Assam’s destitution to a salivating western audience that propels this overrated film forward.

In 2016, the Marathi film Court directed by Mahesh Tamhane headed to LA for the Oscars after being selected by a jury headed by Amol Palekar and returned home empty-handed.

Last year, the Tamil film Visaranaai was similarly snubbed at the Oscars.

Ketan Mehta, who headed the jury for the selection of India’s official entry into the Oscars in 2017, says, “We’ve to understand that selection of a film is only a part of the process towards winning the Oscar. Marketing the film in the US, pitching it to the Oscar jury in Los Angeles is very important.”

Here is where Indian entries get thwarted and expelled from the Oscars race.

Also Read: How Padmaavat, October and Raazi lost the Oscar race to Village Rockstars, the inside story