Hollywood actor Hugh Jackman is gearing up for his upcoming sci-fi movie is Reminiscence from Warner Bros. His co-actors are Rebecca Ferguson and Thandiwe Newton and the film will release on August 20. But there has come a bad news for his fans. 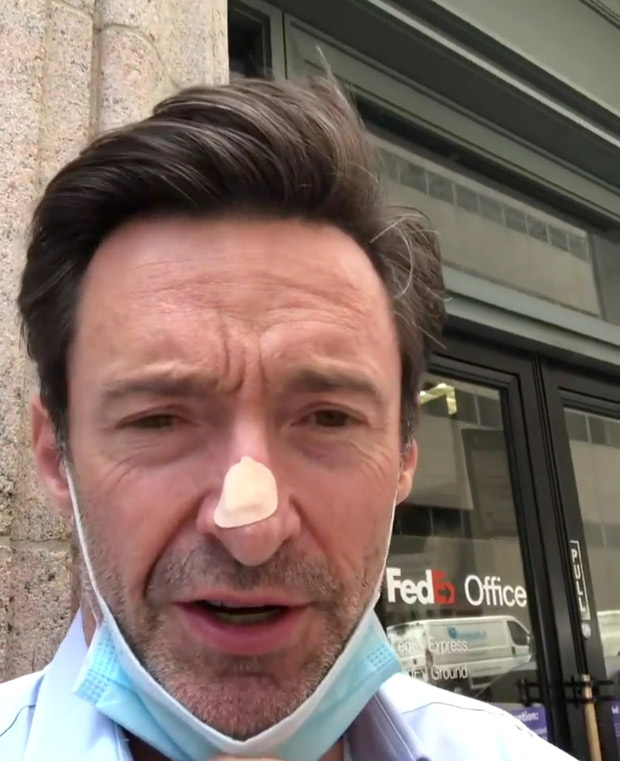 He recently revealed that he has gone through a skin biopsy for a possible cancer scare. On Monday, he posted a video on his social media in which he was seen in a bandage on his nose.

Previously, Hugh Jackman took treatment for a disease named basal cell carcinoma five times and his last treatment was in 2017. Basal Cell Carcinoma is type of skin cancer but it's least dangerous among other types.

“Hey guys, I just wanted to let you know I just went to see Lisa and Trevor, my amazing dermatologist and doctors. They saw something that was a little irregular so they took a biopsy, getting it checked,” Jackman said in his instagram post.

He thanked his fans for their concern and asked them to not freak out. He assured them that he’ll keep everyone informed about his health and not to worry much.” Remember, go and get a check and wear sunscreen. Don’t be like me as a kid. Just wear sunscreen,” he added.

On the other hand, Jackman is also working on the comeback of The Music Man which may be seen by the end of this year.

He will star in upcoming sci-fi movie Reminiscence for Warner Bros featuring Rebecca Ferguson and Thandiwe Newton, the film will release in the US on August 20.