The much-awaited Friends: The Reunion special premiered on Thursday, May 27 in the US on HBO Max and ZEE5 in India. The original star cast Jennifer Aniston, Courteney Cox, Lisa Kudrow, Matt LeBlanc, Matthew Perry, and David Schwimmer returned to the iconic comedy’s original soundstage, Stage 24, on the Warner Bros. Studio lot in Burbank for a real-life unscripted celebration of the beloved show. They talked about shooting the show for 10 years, how much they stay in contact, some unseen memories, and more. While Maggie Wheeler, Reese Witherspoon, Tom Selleck, Thomas Lennon among others made an appearance, Paul Rudd and Cole Sprouse were absent from the reunion. 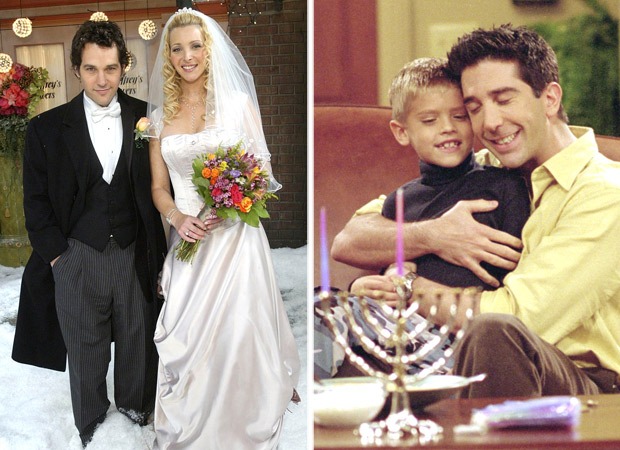 Friends: The Reunion director Ben Winston reveals why Paul Rudd and Cole Sprouse were absent from the special

Paul Rudd played Mike Hannigan who married Phoebe Buffay, and Cole Sprouse, who played Ross’ son Ben Geller. Both the characters were prominent characters in the series. Director of the reunion special episode Ben Winston spoke to The Wrap and revealed why the two actors couldn't be part of it. He shared, “Well, we couldn’t have everybody on, because it’s only an hour and 45 minutes. And you’ve got to pay attention — the main nub of the show has got to be about the six cast members. So you can’t have too many cameos because of course, there were hundreds of amazing people who were in Friends over the years. Sadly, we couldn’t get everybody in.”

Winston also mentioned that they did invite all actors but due to the COVID-19 pandemic, many couldn't make it. “You know, we did invite some people who weren’t able to make it. It’s a complicated time to be making television now because, you know, some people couldn’t fly internationally, some people were on other TV or film shoots, some people are in bubbles on stuff,” he shared.

ALSO READ: Friends: The Reunion gets a tribute from Amul in their latest topical