After Airlift and Satyameva Jayate, T -Series' Bhushan Kumar and Nikkhil Advani will be collaborating on Batla House which will be directed by Nikkhil Advani himself. John Abraham will be leading the movie as Sanjeev Kumar Yadav as the one who spearheaded the Batla House encounter. The thriller drama will be written by Ritesh Shah who has worked with Nikkhil before. While the project is under pre-production and will soon go on floor, it has been learned that the makers have found their leading lady in Mrunal Thakur. 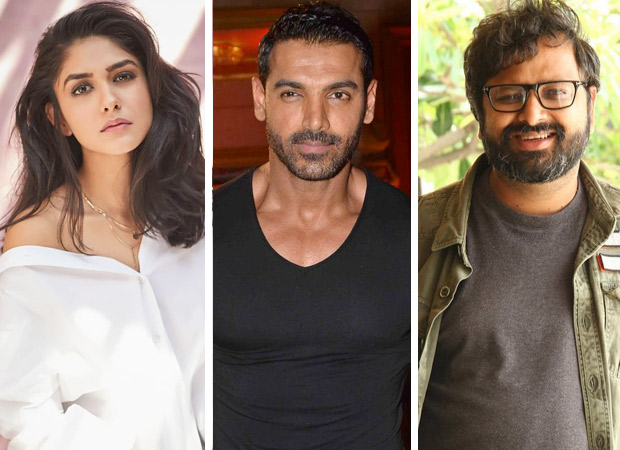 According to a source, Television actress Mrunal Thakur will be starring in Batla House. While it is unclear whether she is paired opposite John Abraham or not, it seems like the actress has bagged yet the big project. As the film will focus on several perspectives of the Batla House operation, it will be interesting to watch Mrunal get into gritty drama with this film.

Mrunal Thakur, after working several years on Ekta Kapoor's leading TV show Kumkum Bhagya, will be making her big Bollywood debut with Love Sonia. After that, she will be starring in Super 30 alongside Hrithik Roshan. Batla House will be third big project in films.

For the uninitiated, Batla House is based on the encounter that happened in Delhi between the police officials and the terrorist group, Indian Mujahideen. In fact, there have been theories floating about the operation. Some police officials reportedly too were blamed for it claiming that it was an intentional encounter. Keeping the sensitivity of the matter in mind, Nikkhil Advani had earlier revealed that Batla House will retain all perspectives in mind. He mentioned that the encounter case will be seen from three different perspectives, one of the police, one of those present at the location and the real picture. DCP Sanjeev Kumar Yadav, the role that will be essayed by John Abraham, has eight President Gallantry Awards and has won one of them for executing this operation.