Akshay Kumar starrer Housefull 4 is touted to be one of the biggest and costliest films of the year. The film, produced by Sajid Nadiadwala and directed by Farhad Samji, will be set in two different timelines as it is about reincarnation. While the film is set for Diwali release and some looks have already been leaked, the fans have been eagerly waiting to catch a glimpse of the trailer. 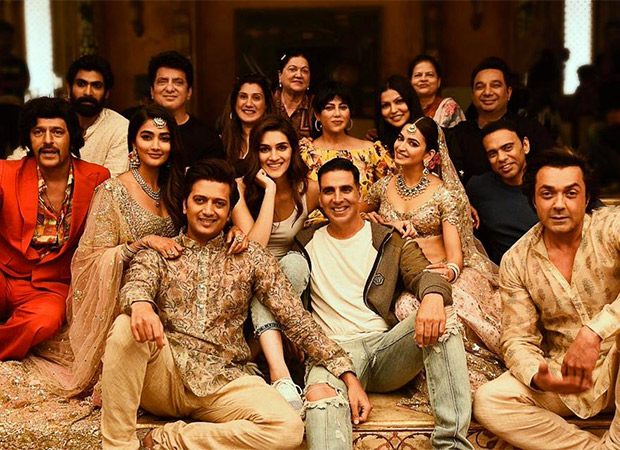 EXCLUSIVE: This is when Akshay Kumar starrer Housefull 4 trailer will be unveiled

Housefull 4 stars Akshay Kumar, Kriti Sanon, Riteish Deshmukh, Bobby Deol, Kriti Kharbanda, Pooja Hegde, Johny Lever and Jamie Lever, Ranjeet, Rana Daggubati and Chunky Pandey. Akshay is reportedly playing a barber in the present era and 16th-century king in the past era. The film also has Nawazuddin Siddiqui in a special role in which he plays an exorcist in a song. Bobby and Riteish will be courtiers; Chunky Pandey’s character Aakhri Pasta will essay the role of the nephew of Vasco Da Gama. The female leads Kriti Sanon, Kriti Kharbanda and Pooja Hegde are the princesses in the film.

Housefull 4, directed by Farhad Samji, is slated for Diwali 2019 release.

ALSO READ: Akshay Kumar jokes he will lose all the respect he has gained so far after Housefull 4