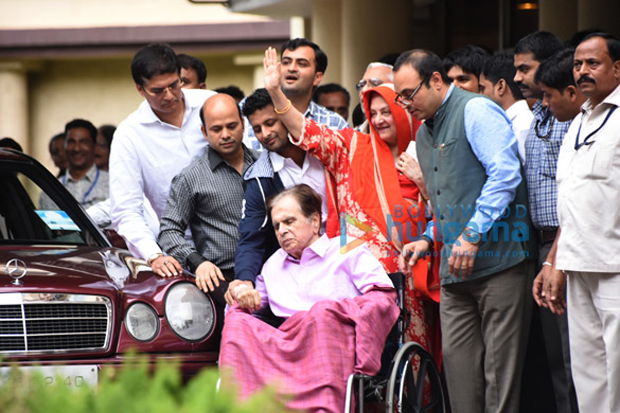 Fans of veteran star Dilip Kumar can now heave a sigh of relief since their favourite actor has been discharged from the hospital. Earlier this week we had reported that Dilip Kumar was admitted to Lilavati Hospital after complaints of dehydration. But now all is well and the actor is out of the hospital safe and sound.

At the start of the week, there were reports of Dilip Kumar being admitted due to dehydration with further claims that he may be in need of dialysis if his health worsens. However, a day ago former actress and Dilip Kumar’s wife Saira Banu had asserted that his health has been improving and today he has been discharged. In fact, pictures of him venturing out of the hospital have already started doing the rounds on media. 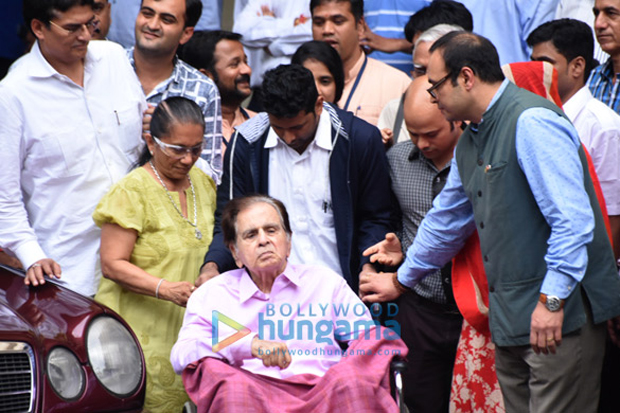 Also, Saira Banu took to social media to assure the fans of Dilip Kumar Sahab about his recovery wherein she posted a series of posts to spread the message.

Message from Saira Banu:
By the grace of Allah, Dilip Sahab is under the care of Dr. Nitin Gokhale, Dr. Arun Shah of Lilavati Hospital...1/

3/ team has given the green signal to take Sahab home today.

4/ My gratitude to fans, friends for prayers, doctors for expert treatment, hospital staff n Sahab's personal attendants for all the care.

5/ It is the Almighty God's will and benevolence that I wish to acknowledge in all humility and gratitude.

While the veteran actor’s discharge from hospital is certainly good news, his fans can express their well wishes for him in the comment section below.