Priyanka Chopra is all set to play the destructive, devious, charismatic and CONTROVERSIAL guru from India, Ma Anand Sheela. Ma Sheela was notorious for resorting to some objectionable methods to spread the teachings of Bhagwan Rajneesh or Osho in The United States Of America’s Oregon area. A documentary by the name Wild Wild Country came out on Netflix last year and it broke all records as it got viewership from all over the world. In Priyanka Chopra’s first interview post marriage with Ellen DeGeneres, she actually spoke about making a feature film based on this documentary and even confirmed her character details. 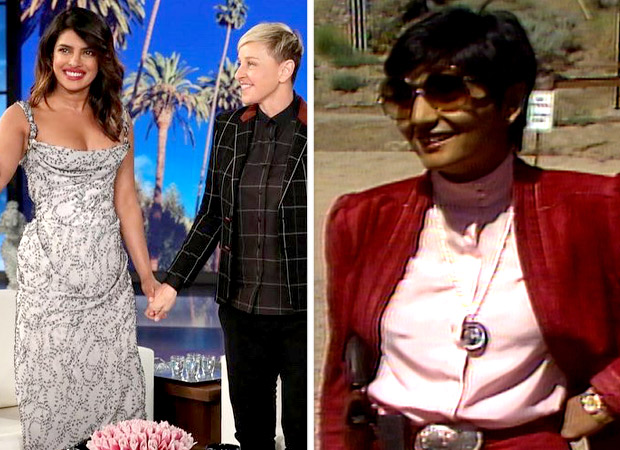 Priyanka told Ellen, “I am developing a feature with Barry Levingston. We are developing a it as character on this Guru called Ma Sheela who originated from India who was Osho’s right hand. She was just devious and developed a cult and brought people here for Osho, I don’t know if you have heard of him yet. It was amazing. I would be developing that next.” Now, it would be extremely interesting to see PC in the garb of Sheela who SHOCKED the society and ROCKED the American press in the late 70s and 80s with her provocative statements and phrases, most famous of them being – Tough Titties!

Apart from this, Priyanka Chopra will be seen in Shonali Bose’s movie The Sky Is Pink with Farhan Akhtar and Zaira Wasim. She also has a Hollywood release coming up called Isn’t It Romantic.

ALSO READ: Priyanka Chopra gives a sweet kiss to hubby Nick Jonas as he surpasses The Rock to win GQ’s Most Stylish Man of 2018