Hollywood actor Chris Evans is all set to star alongside Dwayne Johnson in the holiday event film Red One for Amazon Studios. Though plot details on Red Oneare not available but the movie is said to be based on an original story from Hiram Garcia, president of production at Seven Bucks. 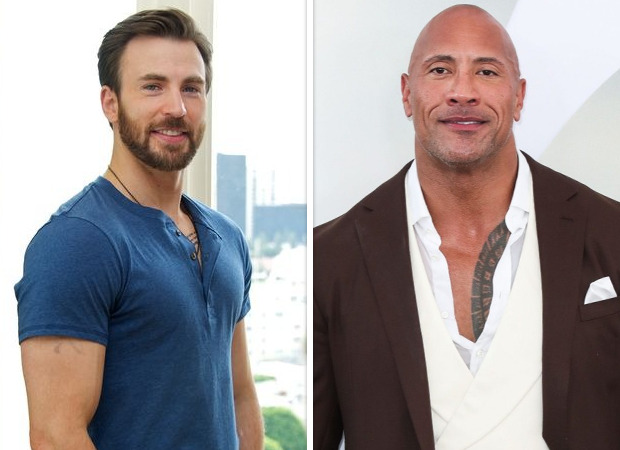 According to The Hollywood Reporter, the film, which Amazon Studios outbid other suitors for, is billed as an action-adventure comedy that imagines a new universe for the holiday genre. Hiram Garcia, Dany Garcia, Johnson and Morgan will share producer credits.

Meanwhile, Jake Kasdan will direct the film and also produce via his production company, The Detective Agency, alongside Melvin Mar and co-producer Sky Salem Robinson. The script will be penned by Chris Morgan. Red One will also reunite Kasdan, Dwayne Johnson and Seven Bucks Productions after their collaboration on Jumanji: Welcome to the Jungle and Jumanji: The Next Level; those two films have earned a combined $1.7 billion at the worldwide box office.

On the work front, Chris Evans will next be seen in the Russo brothers’ The Gray Man for Netflix and is voicing the role of Buzz Lightyear in Lightyear for Pixar. He is also developing an untitled Gene Kelly project, which he will star in and produce, and is set to star in the upcoming Apple feature Ghosted.