Just a couple of days back, we had reported that Nargis Fakhri would soon be seen in the horror flick Amaavas. While the film will be Nargis Fakhri's comeback to Bollywood, it will also be her first ever horror flick. Now, we came across this picture from the sets of Amaavas where the actress is seen with director Bhushan Patel and co-star Sachiin Joshi. 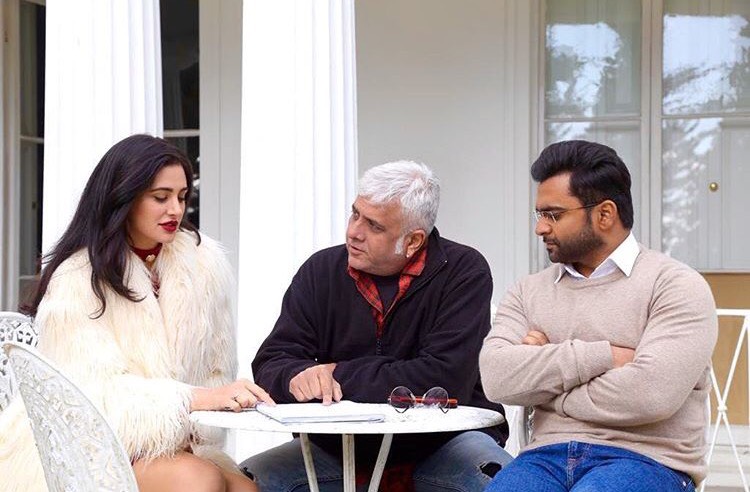 Interestingly, the film has gone on floors in London for a start to finish schedule which is about 35 days long. Talking about the film director Bhushan Patel had commented that Amaavas will probably redefine the experience of watching a horror film.

Though not much about the film’s story is known, Amaavas that will be directed by Bhushan Patel who earlier directed Ragini MMS 2, Alone and 1920 Evil Returns is produced by Viiking Media and Entertainment in association with Simply West UK and Thoth Ventures. Currently, under production the film is being readied to release later this year.