Dipika Kakar and Sreesanth are seen as two strong contestants in the glass walled house currently. Commoner Surbhi Rana won a ticket to the finale so far but popularity wise, Sreesanth and Dipika are not behind. There is BB Radio task which will happen today where the makers will entertain questions from the viewers. One of the prominent questions of the day is an insinuation against Dipika Kakar for apparently manipulating and using Sreesanth to stay in the house. Shilpa Shinde too took to Twitter to say that Dipika has been playing to be an ideal ‘sister’ to Sreesanth but in reality is fake and manipulative. She said on Twitter, “Basically she is trying to gain support from #Sree. Try n understand, there is a thin line bet controlling & at the same time keeping everyone away from him. She managed both cleverly throughout. Observe carefully, she also ensured #brocode bet #KVB n #sree shouldn't establish.” Today’s caller asked Dipika why did she save herself in every task and when opportunity presented itself to her, instead of saving her brother to which she said that Sree is her strength in the house and without him she wont be able to go on. 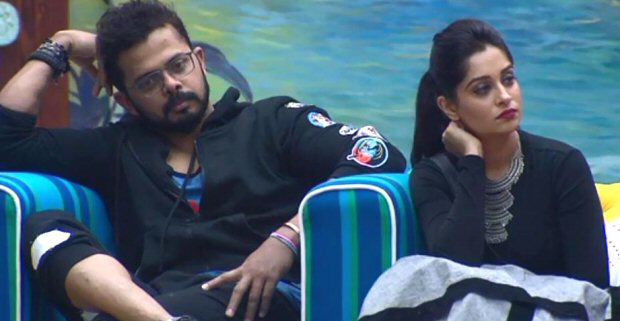 Romil accused her that she is playing the ‘Bhai-behen ka rishta game’ very well and that it is her strategy to move ahead in the game. Dipika said that she does not owe any justification to him. RJ Malishka who was conducting the task asked her if Sreesanth was not in the picture, would she have then been closer with Romil to which she replied in Negative.

Right now only Surbhi is the finalist of the show. Stay tuned to know who reaches the last lap of the show.