Ayushmann Khurrana is a highly versatile Bollywood star, thought-leader and youth icon. The powerhouse performer and an all-round entertainer who has delivered eight hits in a row, has etched his name in the history of Indian cinema with his progressive, social entertainers. Today, people refer to his brand of inspired and clutter-breaking cinema as ‘The Ayushmann Khurrana Genre’. 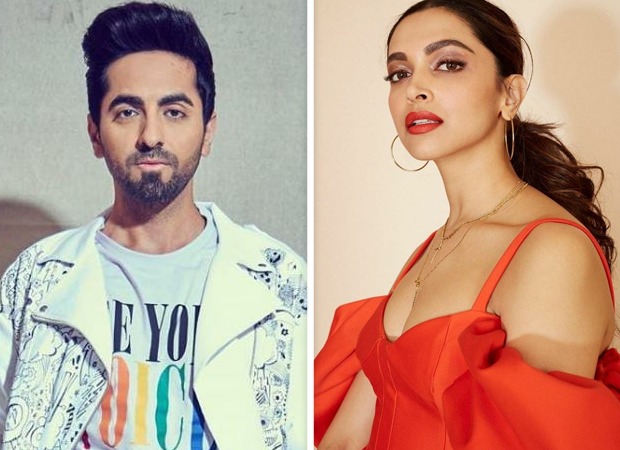 His meteoric rise to stardom goes hand in hand with him becoming the poster boy of content cinema in India. Ayushmann’s contribution as an actor to bring about social change through his films has been hailed by the most reputed global publication - the TIME Magazine. Ayushmann has been judged as one of the most influential people in the world by TIME, which has featured him in the most coveted and prestigious 'Time's 100 most influential people' list of 2020. Some of the other global artists to feature in this list are music sensations Selena Gomez and The Weekend, the visionary director of Parasite Bong Joon Ho, Phoebe Waller-Bridge of Fleabag fame, and Michaela Coel, a British actress who became a rage across the world for the visionary show I may Destroy You.

Taking his winning streak forward, Ayushmann Khurrana is featured amongst TIME's 100 Most Influential People in the world. His profile has been penned by Deepika Padukone. "I remember Ayushmann Khurrana vividly from his debut film, Vicky Donor, " says Deepika about Ayushmann. "He had, of course, been a part of the entertainment industry in various other ways for several years before that, but the reason you and I talk about him today is because of the impact he has been able to create through memorable films and iconic characters."

"Where male protagonist roles often fall into the trap of stereotypical masculinity, Ayushmann has successfully and convincingly transformed into characters who challenge those very stereotypes," she adds about how diverse Ayushmann's filmography is.

She concludes by saying, "In India, with a population of more than 1.3 billion, only a tiny percentage of people see their dreams come alive, and Ayushmann Khurrana is one of them. You’re probably wondering, How? Talent and hard work. Sure, that goes without saying. But more important, patience, perseverance, and fearlessness. A little insight for those who dare to dream."

Ayushmann is among the only three global actors featured in the TIME list of influentials. Five Indians have been featured on this list, including Ayushmann. The others are Narendra Modi, Indian Prime Minister, Sundar Pichai CEO of Google, and London based Indian origin doctor Ravindra Gupta, who found a cure for AIDS, and Bilkis - Dadi of Shaheen Bagh. Ayushmann is the youngest Indian to be featured in this year’s TIME Magazine.

Ayushmann says, “I’m truly humbled with the recognition that TIME has bestowed on me. As an artiste, I have only looked to contribute towards bringing a positive change in society through cinema and this moment is a huge validation of my belief system and my journey. I have always believed that cinema has the power to bring about change by triggering the right conversations among people and society. Hopefully, through my content choices, I have been able to contribute towards my country and countrymen.”

On the work front, Ayushmann Khurrana will soon start to shoot a progressive love story being directed by Abhishek Kapoor.

ALSO READ: World Gratitude Day: Ayushmann Khurrana thanks all the directors for shaping him as an artiste