It was announced a few days ago that Arjun Kapoor and Rakul Preet Singh will next be seen starring in an untitled drama-comedy film. This is the first time that the pair will be seen together on-screen and their pictures look absolutely adorable! All set to be directed by a debut director, Kaashvie Nair, Arjun posted a collage on his social media today. 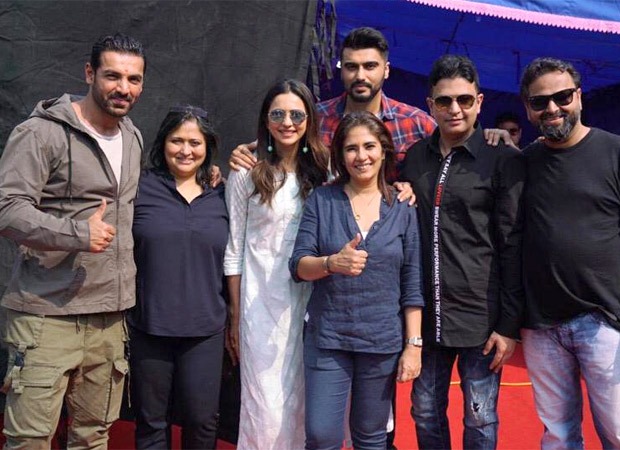 How excited are you to see Arjun and Rakul’s fresh jodi on screen?

Also Read: Arjun Kapoor is over the moon as his sister, Anshula Kapoor, bags her first award!